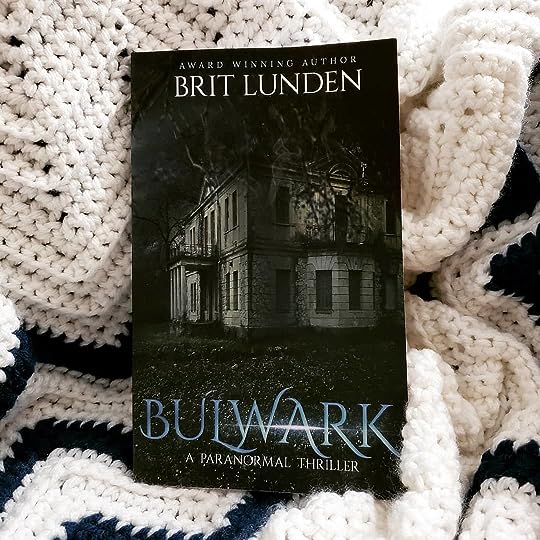 Just a quick note – I am absolutely delighted to announce a giveaway via Rafflecopter for one of five signed copies of Brit Lunden’s alter ego (Carole P Roman)’s  Can a Princess Be a Firefighter?  and the grand prize includes a $25 Amazon gift card. For more details: click here for the giveaway (ending 8/16/19)!

“Who told you about Linden Lane?” Her voice quivered a bit. “You don’t need to go to Linden Lane. Forget you ever heard about it.”

The town of Bulwark is going crazy and Sheriff Clay Finnes is at the center.

He’s still reeling from his missing child, the loss of a close friend and to top it all, the town reporter circling his crumbling marriage like a shark.

Add in the downright weird sh*t going down and he’s more than a little overwhelmed.

People are suffering from strange accidents, wolves have made a reappearance and everything seems to center around a mysterious and malevolent Gingerbread House.

Something was wrong, Clay wasn’t sure what, but a feeling of unease enveloped him until his body fairly vibrated with it.

And despite living in the town for practically forever, Clay is realizing that there’s actually a lot that he doesn’t know about it.

“Not many people travel the back roads around here.”

And the more he investigates, the weirder things get.

She was just an old woman, one part of his brain assured him. The other half told him to get the hell out of there.

Soon he will have to decide whether it’s more important to solve this mystery…or stay alive.

This is my first by Brit Lunden and wow, I am impressed. Such an incredible page turner – absolutely addicting!

I am a HUGE fan of fairytale rewrites and this one was no exception.

Honestly, there is something about the old-timey fairytales that lends itself perfectly to horror/mystery and Lunden truly captured that aspect.

I quite enjoyed the character of Clay and his wife, but a few of the side characters felt a little flat (likely because the book was so short – not much page space for in depth developments).

I enjoyed the mystery and intrigue surrounding the town’s secrets though I really wish this was played up a bit more.

I’m looking forward to reading more into this series!

I received a free copy in exchange for an honest review!