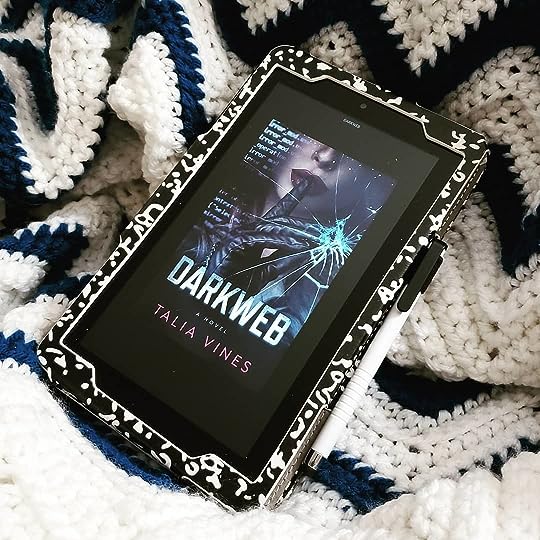 He knows, I thought, swallowing. He knows you’re false.

Wren, a horse instructor, comes from old money…that has long since run out.

Her parents have passed away, her brother is in jail and she lives above a carriage house. A far cry from her grandmother’s society life.

Wren is approached by agent Tribecca Jones and is given a deal – she helps the FBI with a cold case and in exchange, her brother’s sentence is swept under the rug.

Something was wrong. The blood drained out of my head, then stomach, shifting my center of gravity to somewhere south…

Turns out, Wren strikes an eerily accurate resemblance to the dead wife of Mark Donahue. The one he may (or may not) have murdered.

Mark has been the target of the FBI for his alleged involvement in the dark web – where you can buy and sell anything. From drugs to children – you can find it all on the dark web.

Wren doesn’t have to do too much, just lure him in and allow Tribecca to do her thing, and so she agrees. She wants to help her brother in any way possible.

Only. There was something neither she nor Tribecca had ever considered.

In the beat of stillness between us, he ducked close and stole a kiss.

Mark Donahue is something of a romancer and soon, what started off as a mission to save her brother… becomes something so much more.

“I’m bathing. Are you leaving?” Mild curiosity tinged my question.

One shake of his head. No.

The deeper Wren falls, the harder Tribecca pushes back.

And soon Wren doesn’t know what to feel, what to believe, and what to be.

Will she complete her mission? Or will she lose herself in the process?Right now, I was still something less than Wren, and taking care of myself was all I could manage.Overall, the first third or so really gripped me but the last two-thirds didn’t have the same spark.

The author definitely has a way with words. She effortlessly drew me into this mystery and I was wholly committed to teasing out the subtle lies and intricate details.

But then, too much was set into motion.

There’s many twists and turns – to trust Mark or not? Could Tribecca be evil? What about the brother? Who’s following her home?

And it eventually became too much, especially Wren begins to lose herself as she emulates Joanna (Mark’s dead wife) turning the story into almost a multi-personality reveal:

Wren shook with fear, begging me to be quiet.

Ultimately, there were so many twists that they began to feeldistracting to the plot.

After we flip-flopped for the third time, I just didn’t connect (wasn’t committed?) to the further twists.

In addition, there was a lot of sex. And I mean a lot.

Now, I don’t mind a scene here and there, when it makes sense, but it got to the point that it was just another sidetrack and began to annoy me.

Many a time, the main characters just couldn’t resist a hot-and-steamy moment…only for Wren to find more damning evidence that the guy did XX crime or YY terrible thing.

I don’t know about you, but as soon as I find out a main character may be a cold-blooded murder, no amount of hormones could persuade me under his covers.

That he’d locked me in filed me with dread. He was no normal man. There was an arrogance to him, that he was untethered by laws…he would break me again and again, until I was whatever he wanted me to be.

Ultimately, this one certainly had great elements – I loved Wren’s character in the beginning and the way the story was set up…it just didn’t live up to the beginning.

I definitely think this author has a promising writing career – the beginning of the story certainly showed that!

I’m excited to see what she writes next!

I was given a free copy from the author in exchange for an honest review.

Interested in this one from Talia Vines? Buy it here:  Amazon