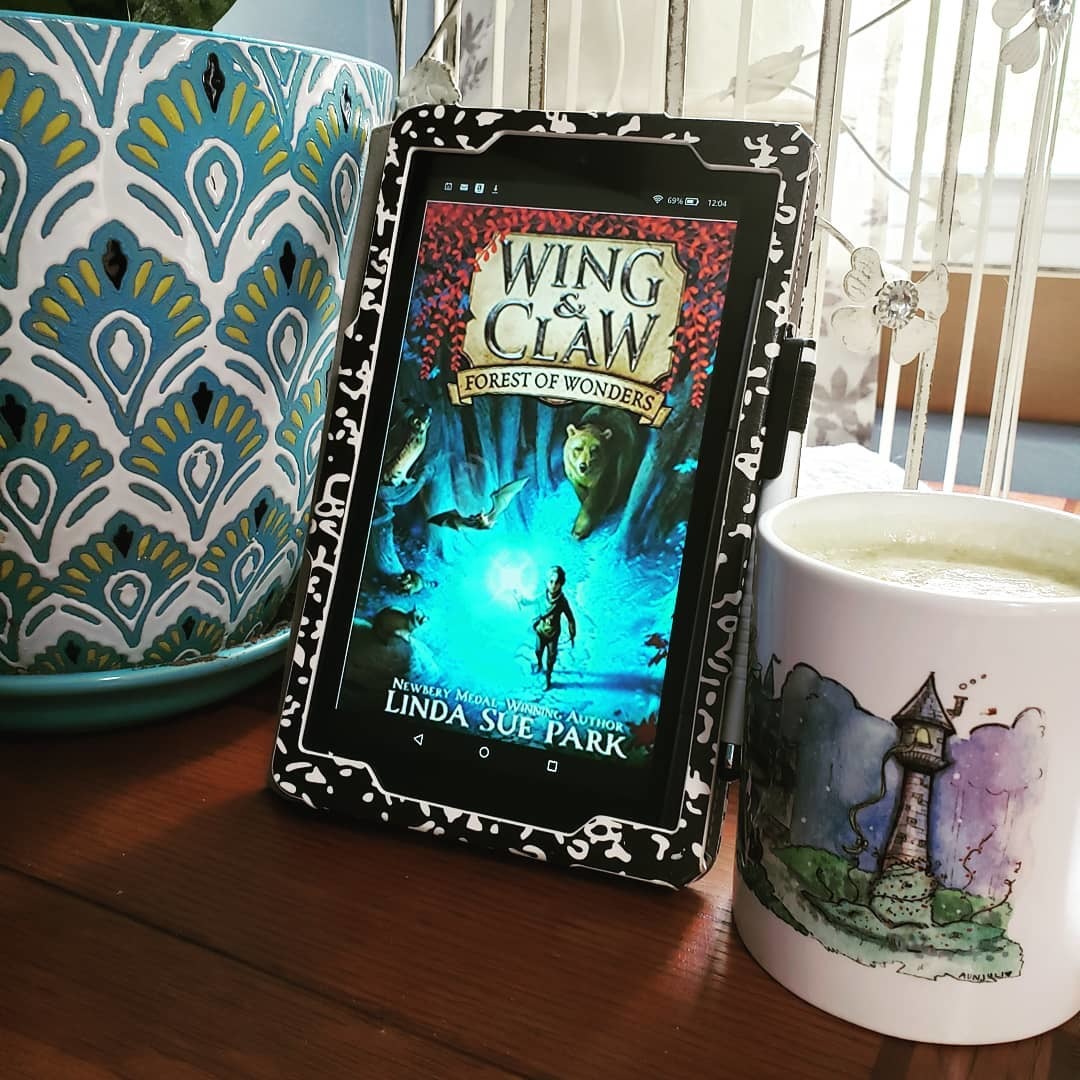 He held the lantern higher, nerves tingling in anticipation.

Raffa Santana is a young apothecary student, training under his father (Mohan) and his mother. Mohan, ever a cautious teacher, seems more intent on limiting Raffa’s learningrather than encouraging it.

“It’s complicated,” he said at last. “Perhaps when you’re older.”

Raffa’s always had a knack for knowing what the plants can do and often far beyond his experience for finessing even the trickiest of poultices using ingredients from the Forest of Wonders.

Unfortunately, this has not earned him the favor of his older cousin.

“You’re the baby genius – you figure it out.”

In an effort to impress, Raffa and his cousin break into his father’s highly guarded supplies and begin experimenting…with disastrous results and soon Mohan even further restricts Raffa’s lessons.

Raffa seethed. As long as he was under Mohan’s watchful eye, he would never be able to make those kind of discoveries, either.

While under his punishment, an injured bat is discovered.

The bat was so badly hurt, it would need the best of care to survive…

Raffa successfully begs to visit the Forest of Wonders to search for a mysterious healing plant.

Using his instincts and quite a bit of luck, Raffa mixes a concoction to heal the bat’s extensive injuries…which has a few unintended consequences. Aka – now the bat talks.

Meanhile Raffa’s uncle and cousin are recruited by the country’s largest branch of the apothecary to do a mysterious task. A few days after they leave, Raffa realizes something sinister is afoot and sets off himself to warn them.

Only, Raffa soon realizes that what is actually happening is far worse than he could ever imagine.

Overall – this one started strong but really fizzled.

I loved the idea of apothecary-based magic but the execution of it felt…lackluster and disappointingly mundane.

Several times the characters would be doing things that clearly seemed magical, only to insist that it wasn’t. A bit confusing in terms of world building.

Raffa was a bit annoyingly precocious for my taste.

He spends so much time whining about his father’s restrictions (aka that the REALLY bad stuff was being kept away from the twelve-year-old) but all I could see was a dad trying to keep his son from messing with things that he didn’t understand.

About midway through the book, it turned from a cool apothecary-based book to a weird war-animal and save-the-planet sort of schtick. Highly confusing and not at all amusing.

I don’t think I will be continuing with this series.

Interested in this one from Linda Sue Park? Buy it here:  Amazon