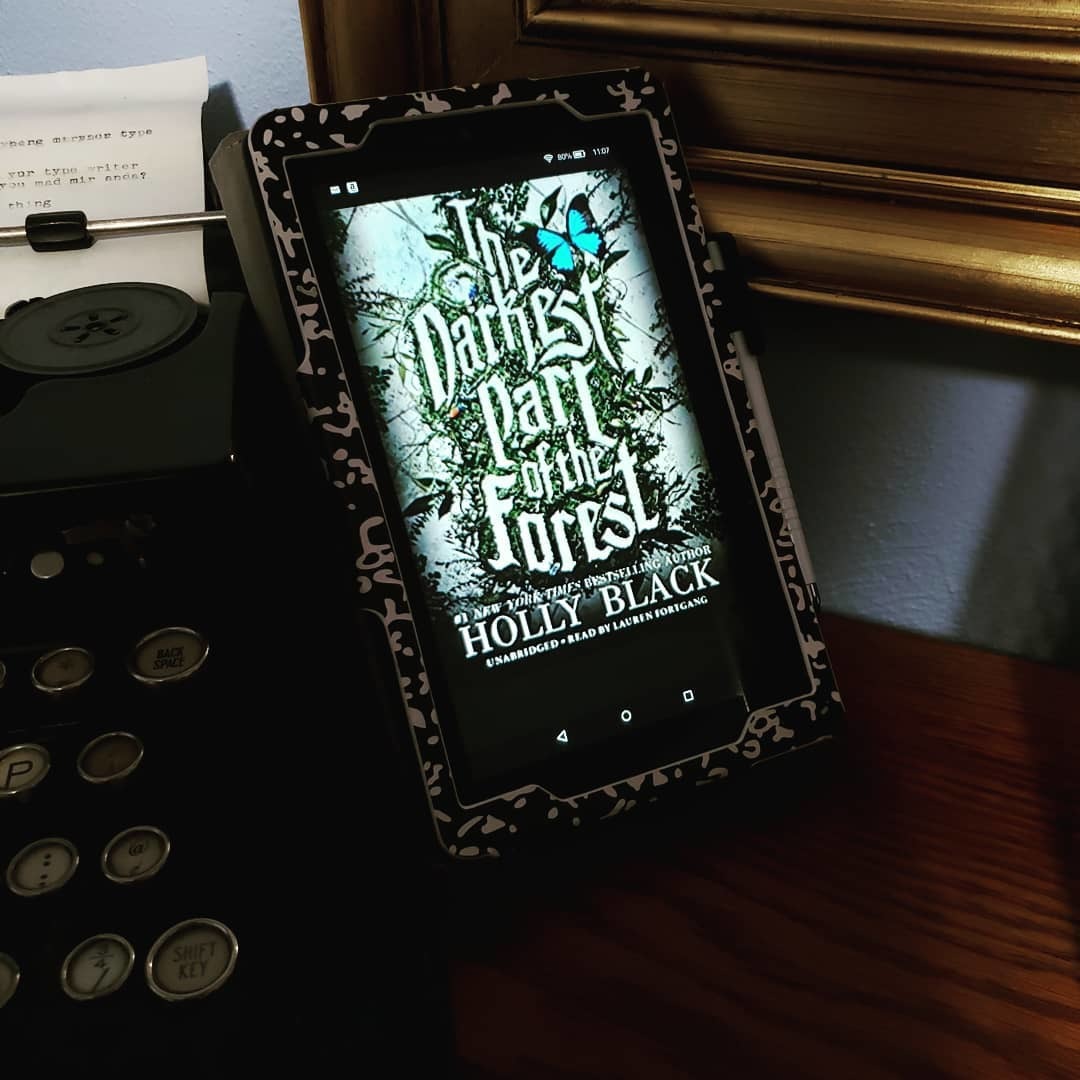 Holly Black at her finest.

Once, there was a girl who vowed she would save everyone in the world, but forgot herself.

Hazel Evans and her brother (Ben) live in Fairfold – a town blessed (cursed?) by the fair folk. The food tastes better, the art is more beautiful and the world, far crueler.

There’s a monster in our wood.
She’ll get you if you’re not good.
Drag you under leaves and sticks.
Punish you for all your tricks. A
nest of hair and gnawed bone.
You are never, ever coming…

And despite all that, Hazel loves Fairfold with every fiber of her being. Despite its wild and twisted ways, Fairfold’s magic has swept her up and into its clutches…

Down a path worn into the woods, past a stream and a hollowed-out log full of pill bugs and termites, was a glass coffin.

The town is famous (in part) due to the horned boy with pointed ears in the glass coffin. Generations have played on and around his coffin but the boy has never aged and never moved. Until now

The Horned Boy is no longer in the coffin. Quickly, Hazel realizes that her once (semi) safe town is in jeopardy and it is on her shoulders to keep the town safe. No matter what.

I love everything that Holly Black has ever written – the way she breaths life into a book just blows me away (and this book was no exception!).

The cast of characters really made this one shine. I admired Hazel’s strength, Ben’s devotion, Jack’s otherworldly tendencies and Carter’s love. The way they played off of each other was superb.

Also, I love the way Holly Black portrays LGBT characters in her books – they are never the main motive of the plot. They simply exist and the plot moves around them (can I get a hallelujah!?)

Also, the story of Jack’s origins just melted my heart. He needs his own book. Right. Now.

In short – this one was fabulous. I have a feeling that I’ll be going for another reread in the near-future.

2 thoughts on “The Darkest Part of the Forest – Holly Black”