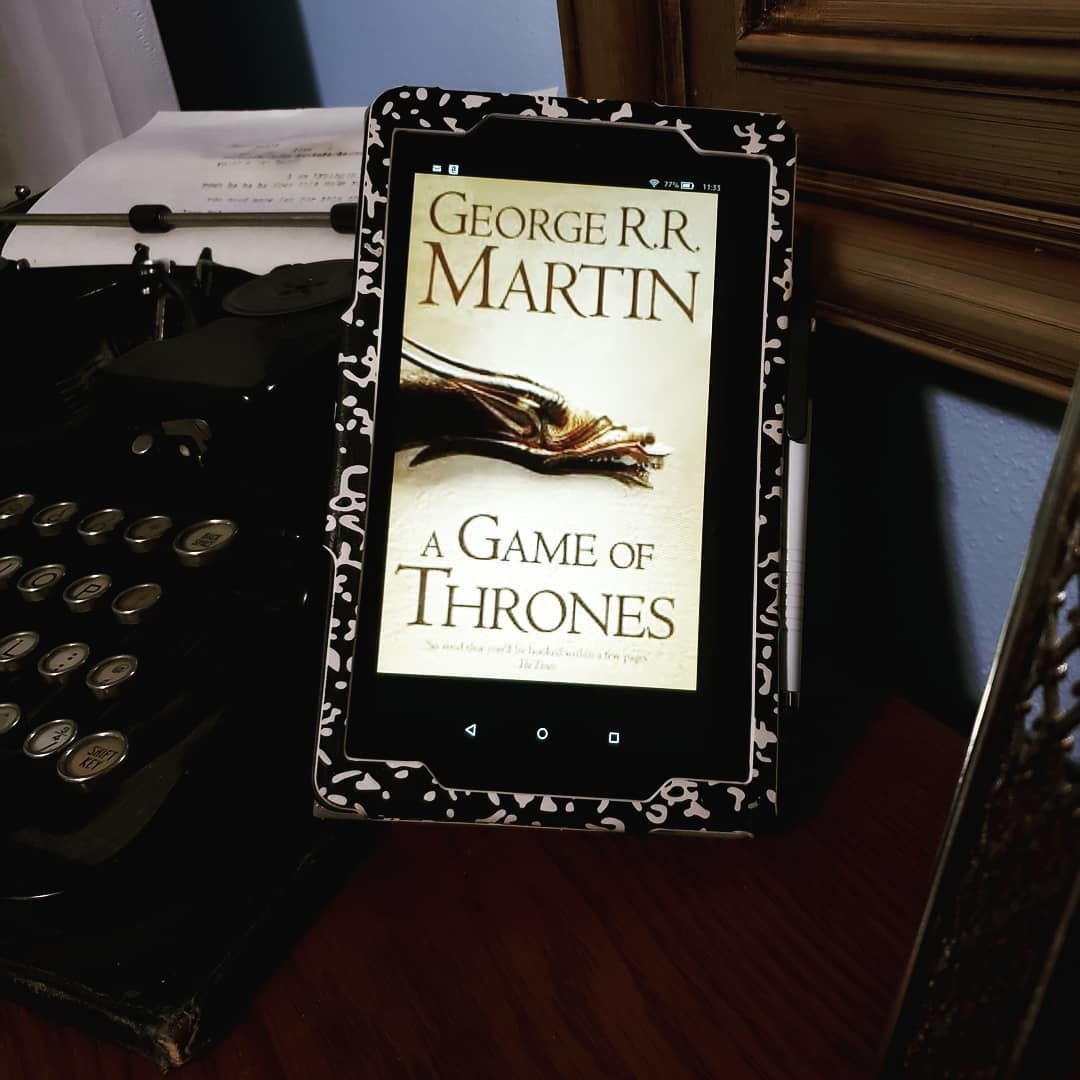 Okay – I am SO incredibly late to this party but hey, I made it! And the hype was real!

Lord Eddard “Ned” Stark lives with his family in a world where the seasons are thrown completely off – summers last decades, and winters are equally long.

His five children, plus his bastard son (Jon Snow) are on the way back to their home, Winterfell, when they stumble upon and subsequently adopt six direwolf pups (the symbol of the Starks), with the albino runt going to John.

When the snows fall and the white winds blow, the lone wolf dies but the pack survives.

Upon returning home, King Robert Baratheon, an old friend of Ned, recruits the Lord to replace the adviser to the crown.

At first, he was hesitant but upon learning that the Queen Cersei Lannister may be behind the death of the previous adviser, he decides to go in order to protect his friend.

Ned must leave his grievously injured son and travel with Sansa and Arya (Ned’s daughters) to the King’s Landing…where Ned realizes that the King has become ineffective and consumed by his love of drinking, gambling and hunting.

Meanwhile, tensions increase between the Starks and the Lannisters, especially between Joffrey, the crown prince, and the Stark children mount.

And tensions further rise when it’s discovered that Tyrion Lannister’s dagger is the one found near Bran…which leads to Tyrion’s abduction.

Meanwhile, Jon Snow volunteered to go to the Wall – a barrier surrounding the Seven Kingdoms made of ice an magic – under the impression that it is a brave and noble occupation...only to find out that it’s a last-hope sort of place.

After a period of rough adjustment, Jon finds his place among the recruits only to discover something distinctlyOther lives beyond these walls.

Across the way, there is revenge on the air.

Viserys and Daenerys Targaryen are the last living Targaryens – the old ruling family before King Robert Baratheon overthrew their father, murdered their family and banished them to poverty.

Viserys is dead set on getting his kingdom back, and soon betrothed Daenerys, his thirteen-year-old sister, to Khal Drogo, a nomadic warlord with the promise of an army in exchange and three petrified dragon eggs for Daenerys.

Daenerys is terrified at first, but soon embraces her role as Queen of the nomadic tribes, even finding the courage to stand up to her brother.

When Khal Drogo is injuried, Daenerys is forced to make the ultimate decision…

And, I finally get the hype but gosh dang, this one was a challenge to follow at times.

The plot jumped place to place to place, weaving together such an amazing world in such an exciting way…and yet with so many characters and scenes and NAMES for things that I kept having to Google what was what.

Even then, I was absolutely hooked by the complexity of both the characters themselves and the intricate politics that accompanied them…all with a heavy dose of magic and mayhem.

I loved the plot of Daenerys – the way she overcame her situation and ultimately ruled the clan was absolutely enthralling.

She was a small part of the overall plot, but I’m so excited to see where her character goes.

The politics, at times, became too much but every time I would get the least bit bored the plot would pick up and there’d be an absolute insane twist.

Such a good one – so excited for the next!

Interested in this one from George RR Martin? Buy it here:  Amazon

One thought on “George RR Martin – A Game of Thrones”