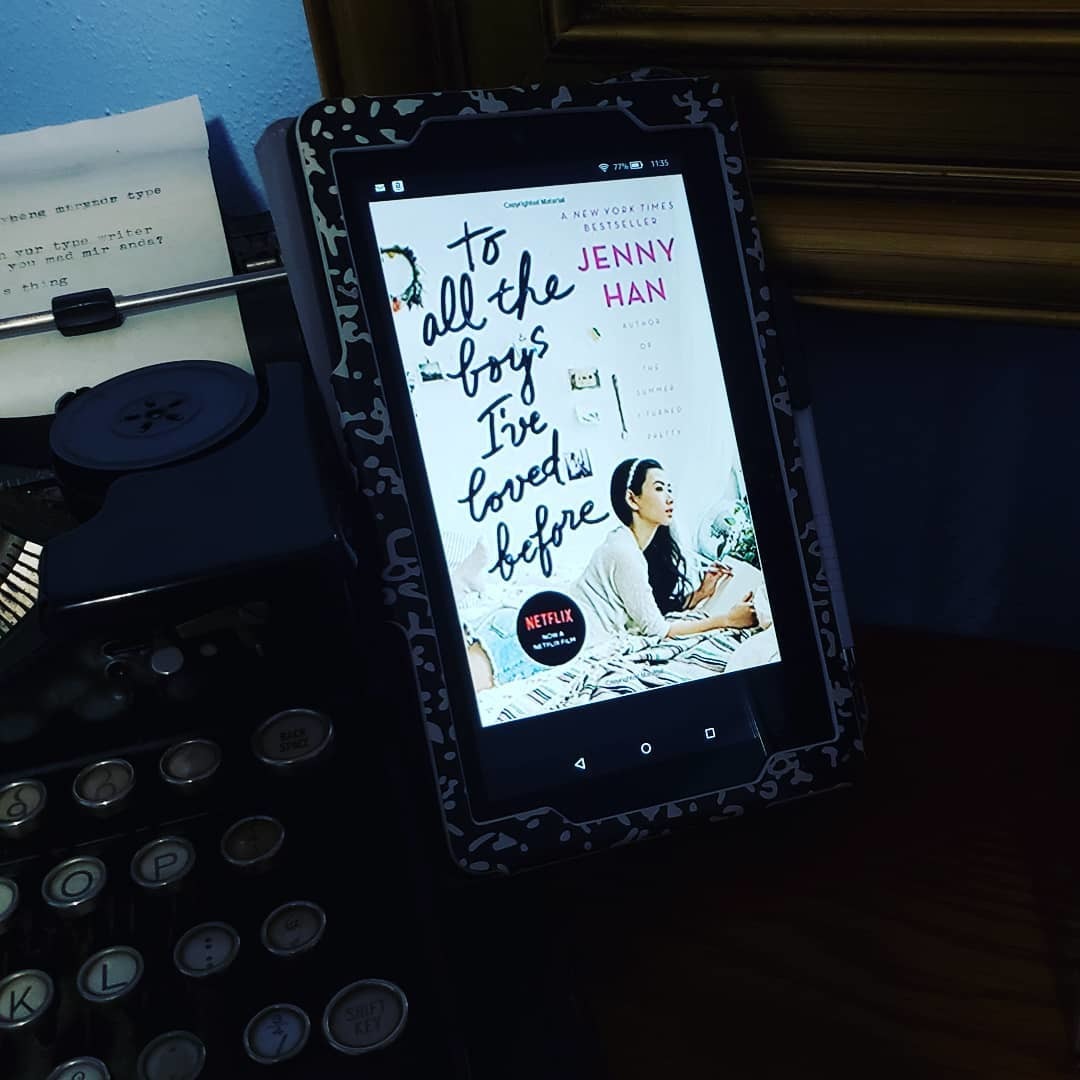 My letters are for when I don’t want to be in love anymore. They’re for good-bye. Because after I write in my letter, I’m not longer consumed by my all-consuming love…My letters set me free.

Lara Jean has had plenty of crushes. Plenty.

And she’s fallen in and out of love with said crushes without them ever knowing.

Do you know what it’s like to like someone so much you can’t stand it and know that they’ll never feel the same way?

Her secret to getting over a crush is to write them a letter –one detailing all the things that have caused her to fall out of love with them – and then seal it away.

You’d rather make up a fantasy version of somebody in your head than be with a real person.

Each letter contains painfully embarrassing sentences from her younger self but at the same time, she’s able to free herself from the crush forever – or so she thought.

Her secret letters (hidden within her secret box) were mailed (secretly) and now all of Lara Jean’s secrets are not-so-secret anymore.

The letter are mailed and the drama is spreading. One of the boys, Peter, has developed into one of the most popular guys in school. The other is her sister’s ex-boyfriend.

High school is completely over.

It’s fun to think of the what-if. Scary, but fun. It’s like, I thought this door was closed before, but here it is open just the tiniest crack. What if?

In short – YES! This was the fluffy drama I never knew I wanted but desperately needed.

Lara Jean was over-the-top in just the right ways, the drama was high but ultimately fun (and believable).

And this book was so relateable.

Who hasn’t had a high school crush from afar? And who hasn’t daydreamed of the moment he (or she) falls for you?

I didn’t fall for you, you tripped me!

Lara Jean lives out that fantasy in hilarious high definition.

I also LOVED the strong family support. So many teen books rely on a broken family to propel the main character into action – and this is (wonderfully) not the case.

Lara Jean lost her mother years ago, but her father and sisters are as close as possible. They constantly rely on each other in times of trouble and they help each other out without a second thought.

This is definitely one of my faves of the year so far. I’m only disappointed that it took me so long to get there!

It’s not like in the movies. It’s better, because it’s real.

Interested in this one from Jenny Han? Buy it here:  Amazon