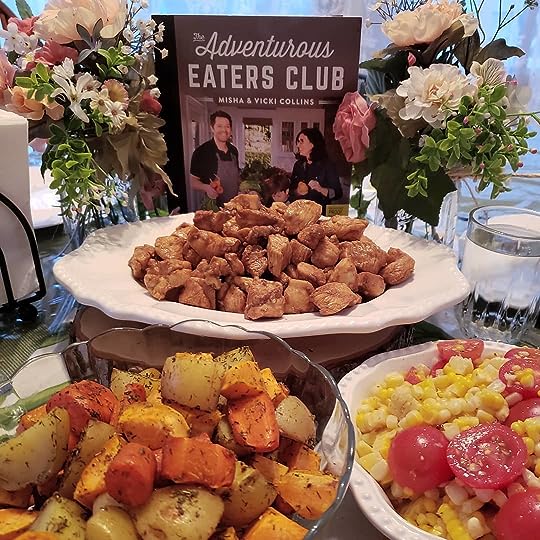 What are the staples of childhood dinners?

Do your thoughts go to pizza, nuggets, Kraft mac and fries?

Or they go to Kale Chips, Pink Hummus, and Mason Jar Salads? (Probably not…)

Often, it’s because it is easier to pop the pizza hot pocket in the microwave than whip up some homemade soup while managing screaming kids.

Misha and Vicki Collins used to do the same but they soon realized that something had to change.

Their kids were getting more and more picky and the last thing Misha and Vicki wanted was for the kids to dread vegetables.

They needed to make some serious changes – and fast. 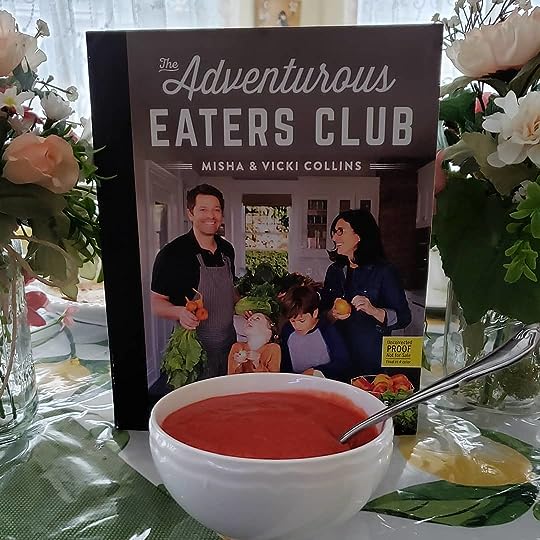 As a family, they decided that adventure is the way to go.

Even though our family’s homegrown adventure cooking methods are not 100 percent effective, we’ve found that the dynamics around food in our family are changing for the better.

Once Misha and Vicki embraced culinary exploration, their kids (West and Maison) were quick to follow once they realized that they could adventure as well. 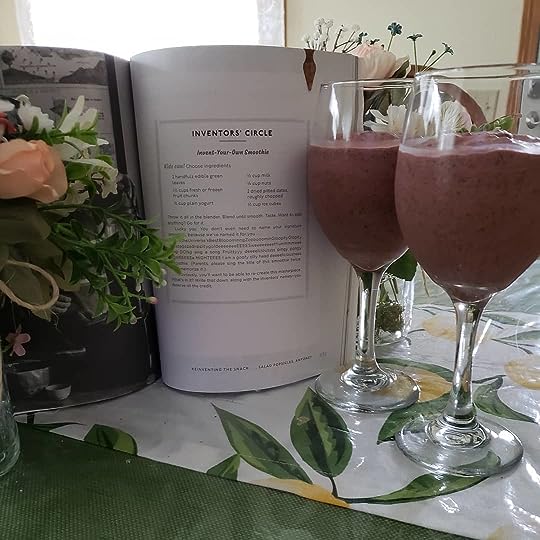 Throw it all in the blender. Blend until smooth. Taste. Want to add anything? Go for it.

Life’s one big adventure – go out and taste it!

As long as our kids are becoming curious and excited about food, we know we’re on the right track.

All in all – I loved this cookbook.

As a disclaimer, I have no children of my own. But, I do plan to (eventually) and honestly, I don’t see why I should wait until I pop one out to learn as much as I can about raising them.

Also, I do have a medium-picky husband and a I’ll-try-anything-once(-probably-twice) dog (see dog, below, begging for scraps): 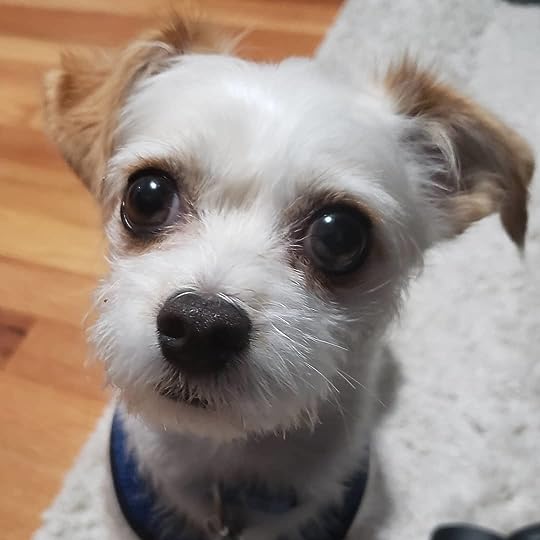 So, I think it’s safe to say that I have the target audience under my roof.

One thing that I absolutely adored about this book is all the research.

I am a PhD student, so as soon as I see cited sources, I get excited.

I loved learning about how pickiness develops in kids and why it seems so prevalent in the US (in comparison to France and Japan).

For the curious, a major reason is the prominence of “kid-friendly” foods (sources cited in the book).

Parents (and kids) in the US receive messages from the TV, books, movies and all forms of media that children hate veggies and prefer McDonald’s – which of course, they end up doing.

It can take up to 20 times of introducing new foods to children before they will like the taste!

In addition, many parents try to rush this process (just finish your plate! Take a no-thank-you bite!) and then the kid develops a mindset against that food. (To learn how to prevent this – check out the book). 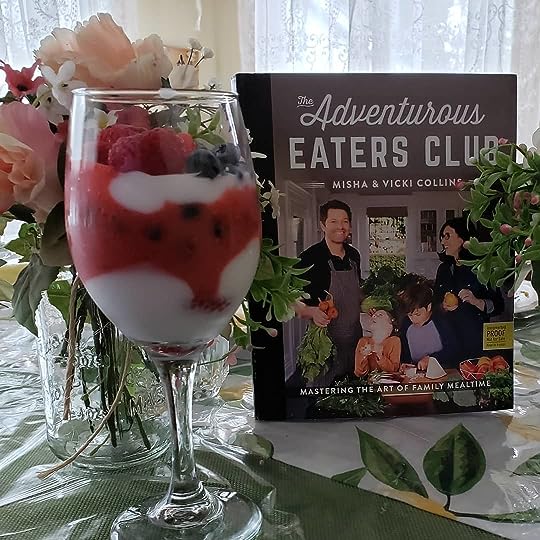 I tried one recipe from most of those sections (see the pictures scattered throughout the review) and I have to say, overwhelmingly, this book has fabulous recipes.

I did not have a single dud (I was honestly surprised – especially considering I’m not overly familiar with some of these ingredients!).

But Misha and Vicki mention that these recipes are designed for adventuring – a bit more of this and less of that and the recipe still turns out alright (my kind of cooking!) 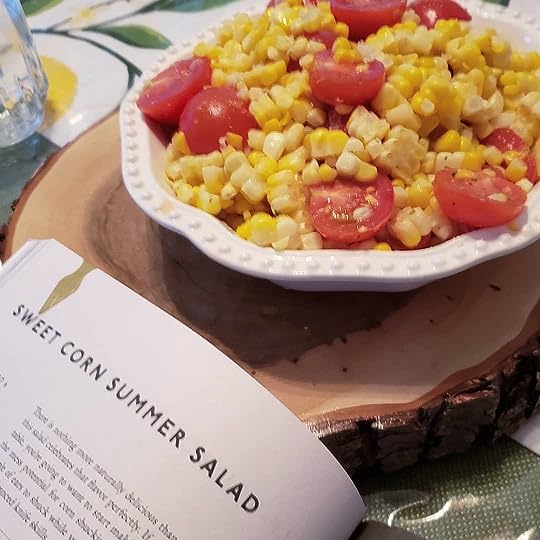 Each recipe has something that needs pounding, mashing, grinding, or chopping (with a safety knife!) – perfect for little hands with excess energy.

One thing that surprised me was how hesitant I was to do some of these recipes!

I consider myself a rather food-venturing person, but I learned that there are some things that I just avoid on instinct!

For example, the roasted roots (below) and the purple soup (above) are recipes that gave me a bit of a pause. 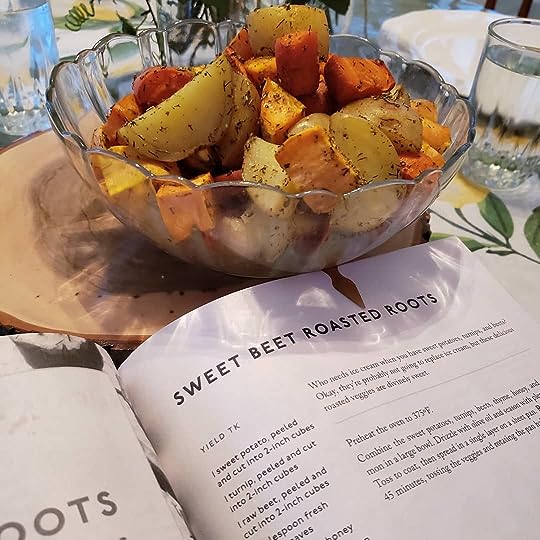 And I really didn’t know why…until I considered whether I ever had it at home when I was a child.

Other than canned beets a few times, that was something firmly off the menu.

So, with only a little hesitation, I gave it a shot…and LOVED it. (I only had one beet for the soup, so the color isn’t as purple as I was hoping to have but it was such a good soup that I’m going to give it another shot and make the purple-est soup you ever did see!).

In short – this book was an absolute hoot.

I had a blast going out of my comfort zone and am ready (and excited) to keep the momentum going.

I have so many recipes I want to try and (my poor) husband is actually enjoying quite a few! (He was rather hesitant about the soup and the smoothie…but hey, the book said try twenty times on your kids…muwahahaha).

Highly, highly recommended for anyone who loves adventuring.

With many thanks to the authors and the publisher for sending me a free copy in exchange for an honest review.

Interested in this one from Misha Collins and Vicki Collins? Buy it here:  Amazon