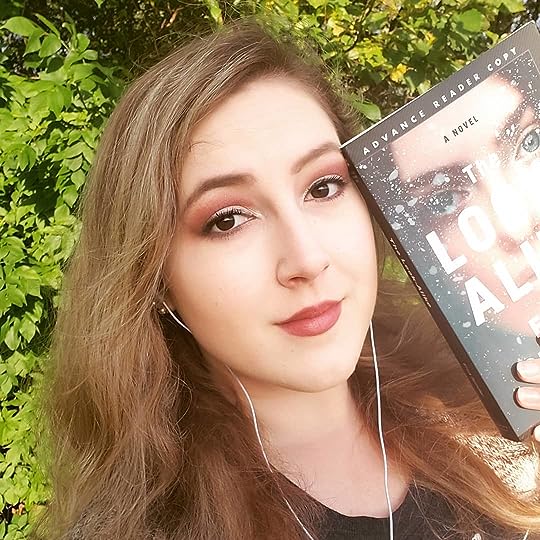 “What time is it there?”
“Same time as it is in Tranquility Bluffs…I’ve come home.”

Sienna Scott spent the last ten years in England, escaping from a brutal murder and her paranoid mother.

Ever since Sienna was born, her mother has had paranoid delusions regarding her daughter’s safety.

“You can’t protect yourself from what you don’t see. I see them, you don’t. Your dad couldn’t either, no matter how hard he tried.”

Ten years ago, Sienna was walking home from her college study group in the middle of a blizzard and stumbles upon a girl’s body.

The horror of the body and the shock of so narrowly missing death sets off her mother in a way Sienna’s never experienced before.

And so she escapes to England, returning only now to take care of her mother – and possibly to achieving her dream of opening up a restaurant.

But her mother is not in a good place.

“You need to understand, Sienna. This isn’t going away. She’s never going to get better.”

and keeps insisting that there are people – horrible people – prepared to kill Sienna at the slightest provacation.

And at first…Sienna dismisses it…but the more she thinks about it, the more she realizes that maybe (just maybe) her mother was right all along…

It was great… but the ending threw me, and not entirely in a way I liked…

There was quite a bit that I enjoyed about this book – Sienna’s character was wonderfully fleshed out and her mother was really well done.

In particular, I loved how Sienna treated her mother’s illness as a part of her rather than a demon or a terrible all-consuming madness.

There was always love between them – no matter the situation.

The relationship between Sienna and her brother was a bit odd… and I mean other than calling each other “bro” and “sis” (if I’m being perfectly honest, I don’t think I ever saw that outside of literature).

Essentially, one of them does multiple unforgivable things – absolutely abhorrent – to the other.

And the other one is just like, “it’s cool sibling. I forgive you because I love you.”

Maybe it’s because I have never had a brother, but I honestly cannot see anything happening like that could possibly warrant forgiveness so easily given… or given at all.

The only thing that threw me was the end.

I don’t want to give anything away, but suffice to say that the ending took me completely by surprise.

But it was more like a…”Well…that came out of nowhere.” rather than a, “ohmygosh. I never saw that coming.”

There just wasn’t enough build or enough substance for me to really buy the ending.

All in all, I really did enjoy the first 3/4 of the book.

It was smart, fun and tense! A rather enjoyable read!

Interested in this one from John McGranaghan? Buy it here:  Amazon