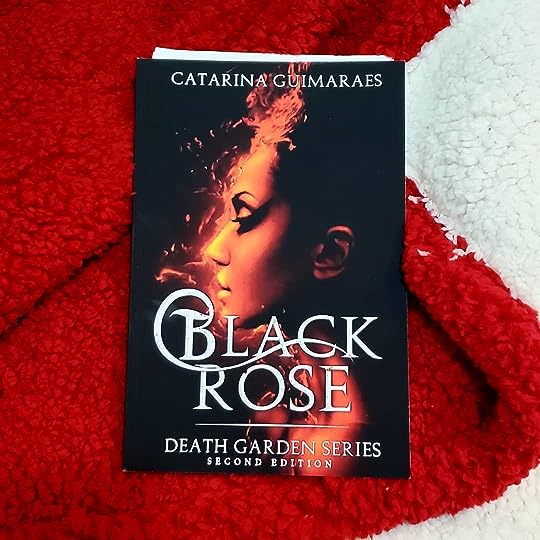 …I felt this sudden pull towards the one in flames.

Becca was your average every-day normal girl, until she got pulled into the afterlife.

She finds herself in the realm of Hades – yes, THAT Hades – surrounded by people (creatures?) she’s only read about.

And while it was disconcerting, she soon begins to settle in – finding a few fast friends and making an enemy or two while she’s at it.

But just when she thinks she has a handle on her new “life” something throws her for a complete loop.

Love? How could he possibly love me?

There’s a competition occurring – the winner of which would obtain Immortal status – will Becca win? Will she even live to tell the tale?

This one was sent to me by the author and her family and a quick thank you to them for that!

The author was (from what I understand) was around 14 or so when she wrote this and considering her age, this is a pretty good book.

I think the core of the story is solid.

The Greek mythology provided an interesting dynamic, the setting really drew me in and the main character was certainly entertaining.

I really liked how the author brought in the Greek gods and updated them for the modern era – it was fun to read about them and watch them run around in the background (and who doesn’t love the idea of the Greek gods watching Hercules??).

I was also intrigued by all of the little details included when the author added in the Olympian demigod competition.

However, with this book being so short, I really feel like everything needed to be spot-on to really make it pop.

I feel that the editing needed to be stronger. Grammatically, it seemed good, but as far as content editing – character consistency/distinction, plot development, etc – that could have been tighter to make the story really stand out.

There was a bit of insta-love:

For some odd reason I couldn’t stop thinking of Apollo.

which if it had been made just a bit subtler, that I think I would have enjoyed the love angle more. As it stands, I’m interested in the main couple but since they got together so quickly, I didn’t form much of an emotional connection to their relationship.

In addition, the writing did feel a bit young at times. Sometimes Becca’s comments would be just the right level of sassy and sometimes they were…a bit much.

Which could be seen in the way the characters spoke/related to each other (they all seemed rather teenager-ish despite being hundreds of years old) which ended up making the story seem a bit odd when watching them interact with actual teenagers.

Do you need me to pull that stick out of your butt, I think I might use it to clean your eyes…” He looked shocked at my sudden outburst

Taking the author’s age into account, it’s a great first book and shows a lot of potential for future literary adventures. I’m very curious about her future writing career!