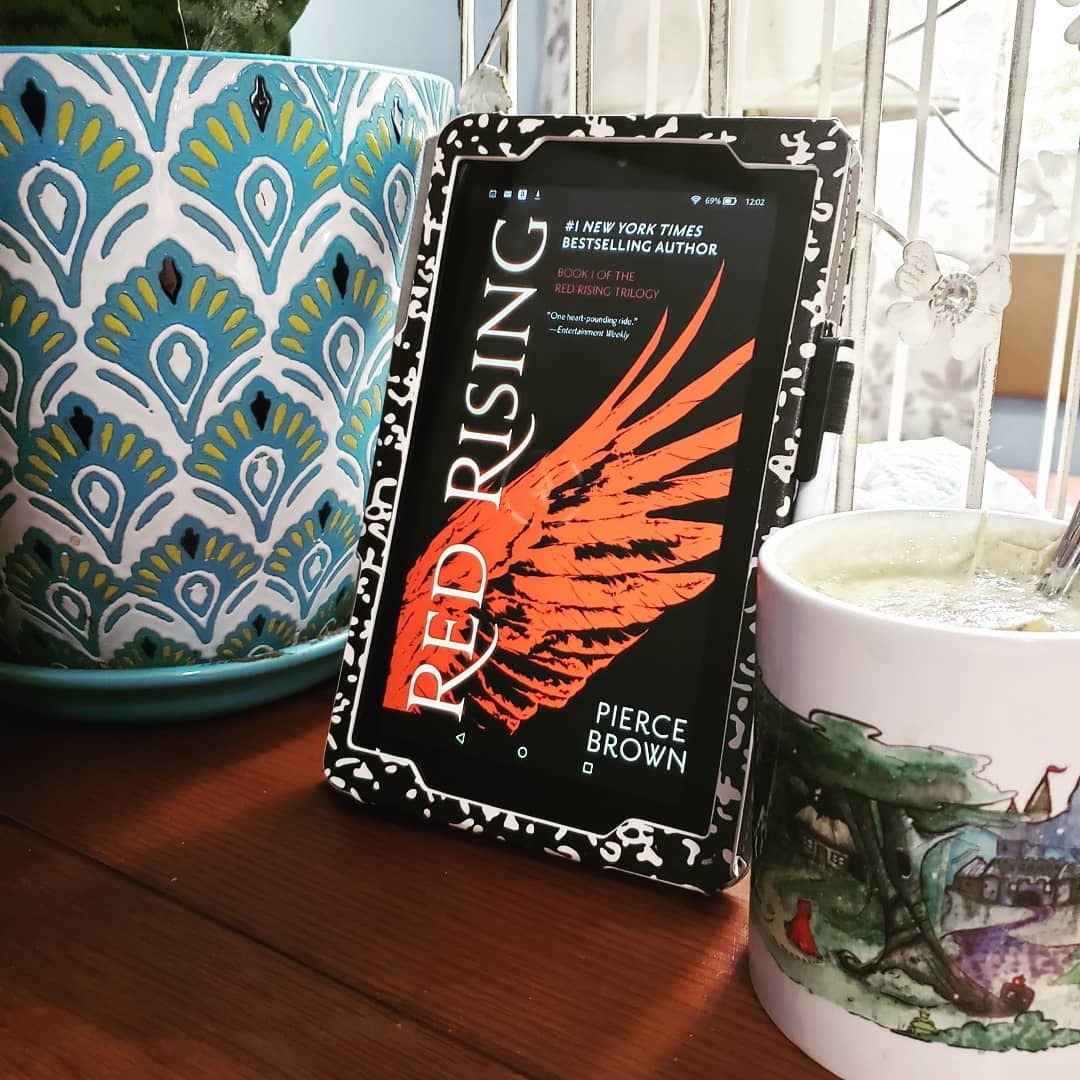 “Break the chains, my love.”

He lives, breaths and works thousands of meters below the surface as part of the “Reds” (lowest caste of his society) whose task is to teraform Mars for the generations to come.

Despite the cold, the dark and the damp, he is happy.

His society is poor in food but rich in love, dance and song. He married Eo, the love of his life, and they are ready to start a family.

But then, he learns.

He learns that humanity is already on Mars. Has been for generations and generations.

He learns that humanity has already stretched across the universe and settled the furthest-reaching planets.

He learns that he is a slave, and the lowest form of slave in that society, and he is destined to die underground along with everyone he’s ever known.

Never to see the surface, never to feel the sun.

I would have lived in peace. But my enemies brought me war.

Soon after he learns, Eo is murdered before his eyes.

And that murder prompts a self-sacrifice (as YA novels often do)…only that doesn’t go to plan.

Darrow is picked up by the rebels and they plan to use his fury, anger and revenge…and turn it against the society that betrayed his people.

The measure of a man is what he does when he has power.

They change Darrow’s caste from a Red to a Gold – enhancing him inside and out – and enrolled him into the most elite school, with hopes to destroy this world from the inside-out.

Only, this don’t go to plan and Darrow becomes embroiled in a plot far greater than he ever imagined.

A solid start to a YA!

I really enjoyed (most) of this novel – the plot felt fresh (well, as fresh as any YA plot can be) and definitely entertaining.

Most of the story focused on Darrow as he went to “school” – which actually felt like an organized Hunger Games.

With each “team” being modeled after a major Greek God and the goal to take over the other bases, while learning all about the different war techniques.

Darrow did feel a bit over-the-top (especially with the Eo self-sacrifice in the beginning…felt too “average YA”), but I was intrigued by his character and his growth over the series more than made up for the beginning.

So few YA books are from a male perspective, so this was a welcome addition!

The ending did feel a rushed but I can honestly say that I have no idea where the book is going next and I’m completely and utterly invested.

Interested in this one from Pierce Brown? Buy it here:  Amazon