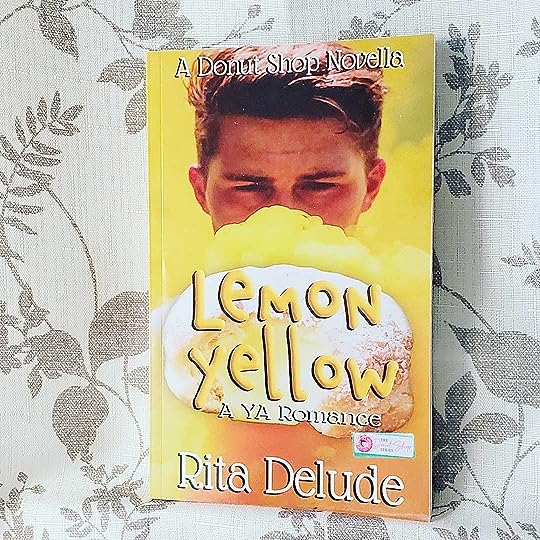 I can tell you what his hitting feels like. It hurts.

Max lives with a bully – his father – and no matter what he thinks, he’s following in his dad’s footsteps more every day.

He yells at kids smaller than him, shoves them away and even scares some of the teachers.

Then one day, Bucky comes to down.

He’s the new kid and waaay smaller than Max…but he’s not scared. Not. One. Bit.

The new kid’s dad also just so happens to be the coach.

“The most important thing you will learn this year is how to play fair and be a team player.”

And for the first time, in a long time, Max decides that he doesn’t want to be a bully.

So this one was definitely an intriguing book.

I haven’t read Delude’s series, so I am unfamiliar with the characters and the general concept of this series but the author did tell me it was unnecessary for the novellas she sent me.

I liked the concept – of the bully being shown that his ways are wrong and for him to struggle against his nature to become a better person.

Redemption arcs are TOTALLY my thing, so it was a bit fun to watch Max’s story.

However, this book felt a bit more like a story outline than a fleshed out novella.

I think this is because the book relied heavily on telling rather than showing. Like this:

He hits me every day.

or the quote at the beginning of this review.

When the bully tells all his thoughts and explaining his actions, it ends up flattening the book. You don’t form as strong of a connection to the characters and investment in their stories.

Even mean acts (i.e. beating the son) don’t have as much of an impact if they are told rather than shown.

So, I think if the author took out most of the telling and emphasized the showing – this book would have worked really well for me.