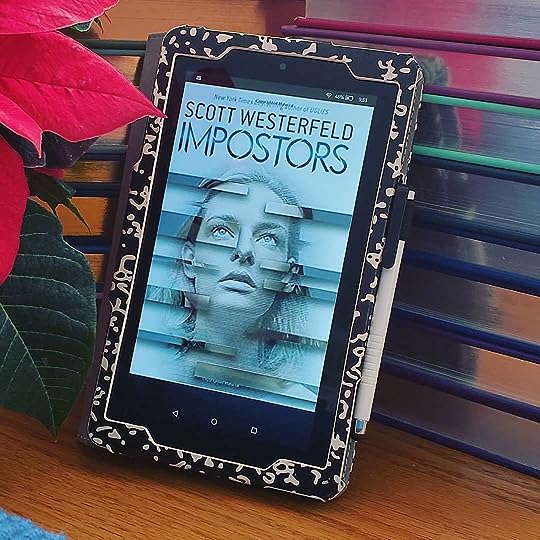 Freedom’s easy to lose and hard to get back.

Rafi and Frey are twins – but Rafi is the only “real” one.

Despite being genetically identical, Rafi was born first and their father decided he only wanted one daughter.

So Rafi became that, and Frey was trained as a body-double. It’s all those two girls have ever known and…for the most part…they are okay with it.

I wonder if she ever wants to trade lives with me, if only for the chance to punch something.

But then Rafi realizes that she will have to take over Frey’s spot – at least temporarily – to keep her sister safe.

But once let out, Frey isn’t so sure she would ever be satisfied with going back into the shadows.

She squeezes my hand, and I feel that certainty I always had as a littlie. That I’m more than expendable. More than a body double.

Overall, this was a rather good book and I’m happy to have jumped back into the Pretties world.

For those unfamiliar, the Pretties is a four-book series covering the toppling of the oppressive government who lured their citizens with a beautifying surgery that conveniently included brain lesions designed to make the population more manageable.

Tally Youngblood overthrows the government and brings about a whole new era.

I thought when he learned my secret, he would understand the ally I could be. But instead, he doesn’t even know who I am.

Rather good book… nice to jump back into this world

I am a huge fan of the Pretties series and I even loved the companion novel – Extras.

So, when Imposters was set to come out, you bet you back page that I was going to get a copy.

And it was good. I liked it.

Did it have the same pizzazz as Pretties? No.

If I’m going to be completely honest, I really wanted the book to delve more into the world.

Westerfeld made such a vibrant world with all of the bodymods, the culture and more – it was a bit of a letdown to have such a narrow focus (most of the book was set within a building) and for such a heavy emphasis on politics.

I wanted to have action, adventure and mayhem…but what we got was a wishy-washy teen wondering if a life of imprisonment was enough to be mad at daddy for.

It was well written, just didn’t wow me like I had hoped.