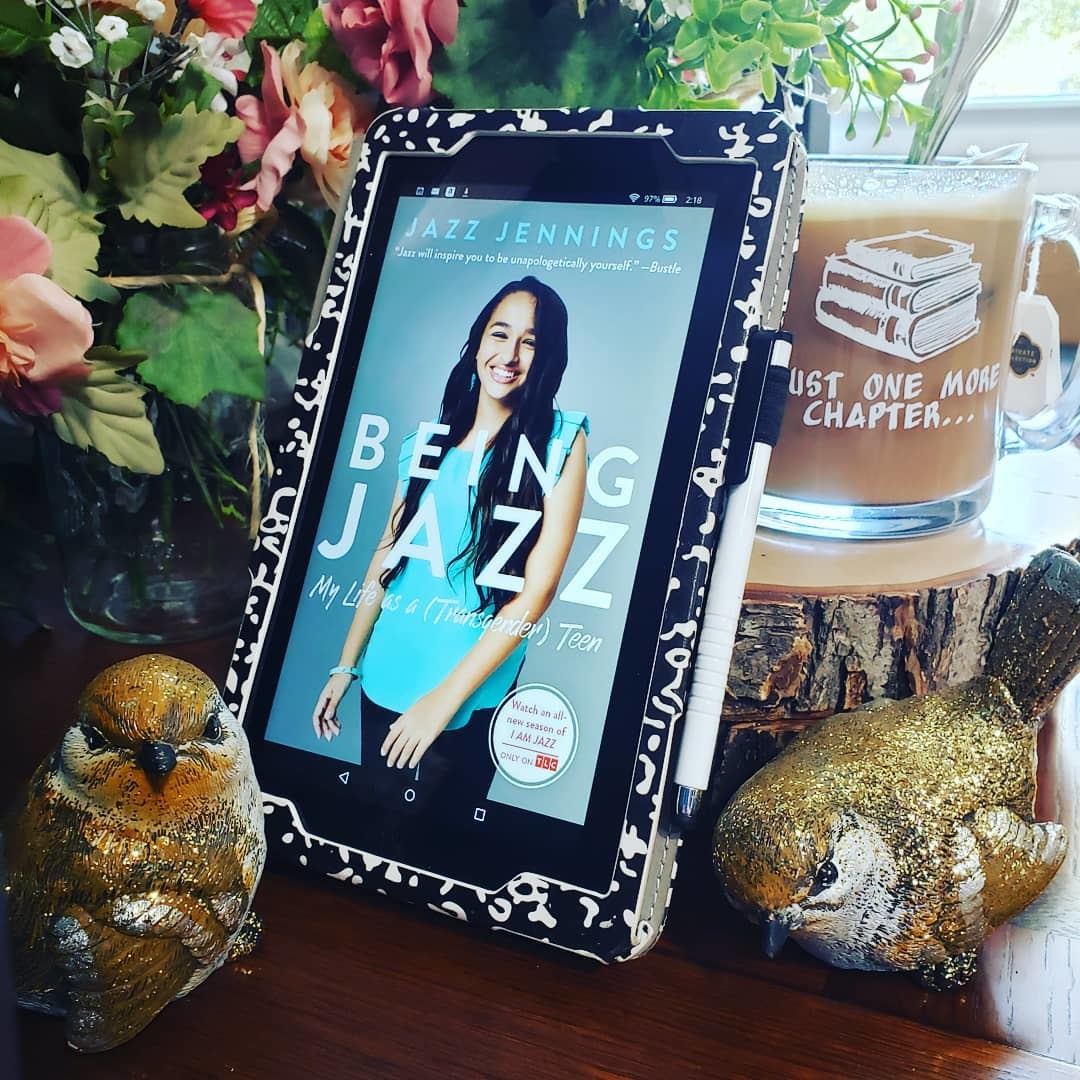 Jazz Jennings – a young transactivist, TV personality and author of famed picture book I Am Jazz, has written an autobiography.

Within this book, she reflects on what it was like to grow up transgender and how it impacted her life, her family’s lives and her community.

She talks about the highs and lows – from not playing soccer with her friends on the girl’s team to meeting Obama.

She writes about what an impact this had on her family and her personal turmoil that came from trying to communicate what she felt.

There was never any confusion in my mind. The confusing part was why no one else could see what was wrong.

And, Jazz talks about her hopes and dreams for the future – for both her and the transgender community.

I’m a bit torn on the rating.

The writing of this book is very…simple. And straightforward.

There really isn’t as much depth and reflection that I’d typically expect from a memoir/autobiography but you have to remember, the author was 15.

For example, when she felt bad, she felt depressed… and that was as much as we got into it. It was telling, not showing Jazz’s emotions or building us to a conclusion. She told us every thought and feeling, which was great for transparency but it didn’t build the book in the way that I felt connected to the writing.

I can’t help but to think if she would’ve waited a few more years, this book and life’s events in general would’ve had time to develop a bit more and really would’ve shined.

If she really *had* to publish a book at this moment, then I think it would have been prudent to hire another, more experienced, author who could help guide her writing.

The other thing that really stuck out at me is…well…the content.

There’s quite a few reasons that autobiographies are normally written at the end of one’s life.

You’ve experienced more stuff, you’ve had time to process major life events, and you’re perspective has developed over the decades.

Writing a memoir when you’re in your teens…doesn’t leave a lot of content for you to talk about.

Much of Jazz’s book centered on life events that are VERY important when you are young…but don’t really matter in the scheme of things.

I wanted to learn about her and her experiences… but with the writing style being so telling-and-descriptive, I found myself stuck reading very (VERY) detailed accounts of childhood gossip that circled around and around.

Again, this is something that TRULY matters when you are younger (he said, she said, then he said this too), but when folks typically write a memoir, they pick and choose the most poignant or impactful moments.,.rather than giving it to the audience word-for-word what happened all throughout summer camp at age 13.

It would have been interesting if she went more into depth with the personal and societal issues that were present during those life events…but she mostly just explained the situation and moved on.

Then she pretty much moves on to describe all the ways her parents advocated on her behalf.

And to be clear, I’m not saying they’re right or that there’s a reason that young children can’t play in coed teams – I am saying that the way she presented the argument was very black-and-white, when really, the more I do research on this topic myself, I learn that there are a lot of nuances to it.

Letting trans people play in the league they identify with is a hotly debated event.

I think that moment (and many others to be frank) should have been used as an opportunity to explore and discuss such issues – to present her arguments and her logic to the audience rather than just telling them what to believe.

In addition, Jazz was so young in many of these events that she really couldn’t do too much.

When Jazz was upset that she couldn’t play soccer, it was mom and dad who petitioned and pleaded for Jazz’s rights.

Jazz’s parents tirelessly advocated for her behalf in a time where having a young trans kid was practically unheard of. I think it would be really interesting to get a book from their perspectives.

I think this book has value.

I think it has a good message and should be read by the target audience, it just missed its mark with me.

If Jazz had been even just ten years older when she wrote it, I think we would have had an absolutely fabulous book. Having an adult perspective would really have benefited this novel.

If you are looking for a great book about the trandgender community that really takes all those issues into account – check out Sarah McBride‘s book: Tomorrow Will Be Different: Love, Loss, and the Fight for Trans Equality / csarah McBride

Hats off to Jazz for reading her own book.

Hats back on because she did the squeakiest baby voice for “baby Jazz” that I ever did hear. Nails on a chalkboard.

Interested in this one from Jazz Jennings? Buy it here:  Amazon