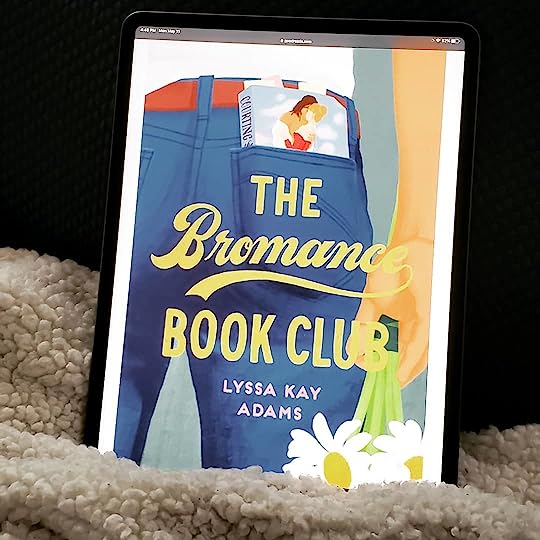 “You guys read romance novels?”
“We call them manuals.”

Gavin Scott, second baseman to the Nashville Legends, seems to have it all under control.

His career has taken off like crazy, he has a gorgeous wife and two twin daughters – everything is coming up aces…or is it?

He loses his cool when he learns that Thea has been faking it in the bedroom and his reaction was the straw that broke the camel’s back for her.

Thea asks for a divorce and Gavin is devastated. He has no idea how things got to this – he’s desperate enough to try anything.

And that’s when…he gets an invite to the most exclusive of groups.

The guys have figured it out – women write romance books for other women.

They are literally writing out what to do in every situation under the sun – and men just never bother to pick them up.

Will this be enough to save his marriage? Or is it too little, too late?

Well, let’s just say that Gavin has a lot of reading to do?

“First rule of book club?”
They finished in unison. “You don’t talk about book club.”

This one ended up being SUPER cute!

I really did not expect to love this one so much – so special shout out to Tucker the Reader for putting this one on my radar!

This book was such a fun role-reversal with the way romance occurred.

I LOVED watching the guys pour over the romance books – nitpicking them and tearing them apart as they sought out the hidden messages and tips for rebuilding the relationships.

I also adored the twins in this book – I very (very) rarely enjoy children in books (they often feel just too…precocious…) but this time I was quite pleased with the way they were written. The girls were cute but never cloying.

I do think there was a smidge too much cheese – the constant winking did stick out like a sore thumb – but other than that, this book worked really well.

I cannot WAIT for the next one!!

Interested in this one from Lyssa Kay Adams? Buy it here:  Amazon