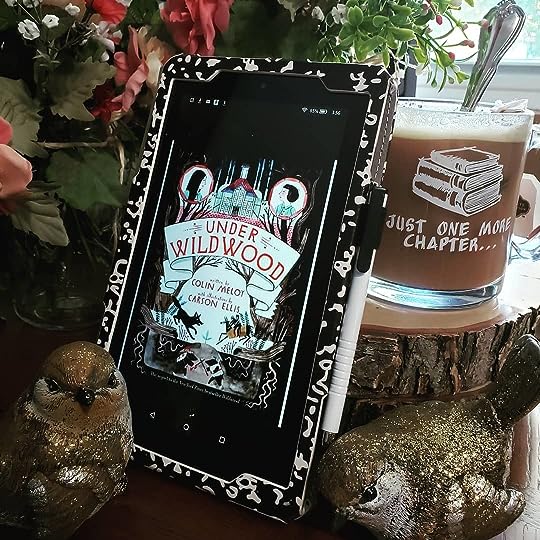 Sometimes, when the world is falling apart around you, all that’s left to do is dance, right?

Prue McKeel saved her brother, led Wildwood to freedomand fought her way back to the normal world.

But somehow, even though all she wanted to do was return to her parents…things just don’t feel the same.

Curtis, Prue’s best friend, spends his time in bandit training in the Impassable Wilderness – and all Prue can think about is how much she wishes to be there too.

And then the assassin shows up, and she really has no choice but to return.

Meanwhile Curtis’s parents are beside themselves and when rumors reach them that Curtis is in Turkey, they drop off his two younger sisters at the local orphanage in order to travel there.

But the orphanage is not what it seems. There’s a sinister scientist determined to break through the Impassable Wilderness and into Wildwood – and the girls are trapped right in the middle of itall.

Throughout all of this, there is something menacing brewing in the heart of the Impassible Wilderness – and the children will have no choice but to confront it themselves.

All in all – this was a rather good sequel.

I liked the continuation of the series and the direction it took.

The addition of Curtis’s sisters (and their misadventures) was a good touch. It is often so hard to introduce new main characters but Meloy did it smoothly and effortlessly.

I do feel that some of the characterizations (in particular, when Prue and Curtis disagreed) seemed inconsistent with the first book.

Well, maybe not inconsistent, but more like exaggerated? Things that would have not bothered them before seem to be VERY BIG DEALS this round, which seemed a smidge out of a character.

However, the adventure was really well written.

I loved exploring the various ins and outs of Wildwood and the Imapssable Wilderness with thee whole gang – that was so much fun (and absolutely fascinating!).

The one thing that was a bit of a hangup for me was that this book was over 550 pages (which to me on audiobook) wasn’t too terrible, but it does seem rather long for a middle grade book.

As a big book lover, I didn’t have much of an issue, but it can be a bit of a barrier for some kids.

All in all – this sequel delivered and I cannot wait to get my hands on the third!!

Audiobook Comments
Narrated by the author – very impressive! I always love when the author reads their own book.

Interested in this one from Colin Meloy? Buy it here:  Amazon