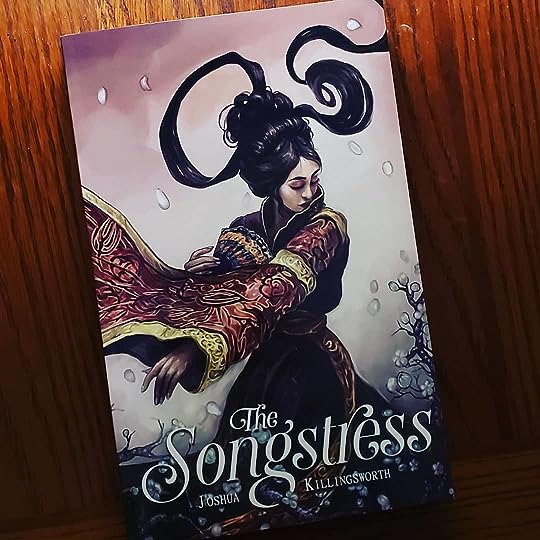 Her fate was sealed the moment she stood…

Kari is alone in a foreign land – she sings in a teahouse and spends her night with her sister-of-a-kind, Suying.

But then…Kari sings for the wrong person.

…I can infuse my voice with spirit energy…I can influence their emotions and how they feel.

Enamored with her voice, Kari is selected to become a royal concubine. And when she protests, Suying is taken with her.

The fates have been cruel to you…You are bound by destiny….

Immediately Kari plans her breakout – she has only a few days before the selection ceremony is to begin…but she was by-far not the first captive girl to try to escape.

She needed to play the part of the loyal concubine if her plan were to work.

But as the day of escape looms ever closer, the stakes get higher. In a land where the slightest hint of magic leads to death, Kari will need to be very, very careful…

…to lovingly care for him just so he wouldn’t rape her. Her rage boiled over inside like a kettle waiting to erupt.

Objectively, this was a really well written book. Subjectively, too much of it focused on rape for me to truly enjoy it.

The beginning of it did a great job of setting up the premise and the characters.

I felt transported to Kari’s world and the magic system felt fresh and exciting. I really liked puzzling out Kari’s past.

There was SO much to explore in that world (loved the world-building) and I was really excited for the adventure.

With the way the book was set up, I thought we were heading out to do things with Kari. So, I kept my patience and waited for the book to begin…and then I waited…and waited some more for “things” to start happening.

Instead, the plot kept circling around how she was trapped as a future-concubine and fighting to keep the clothes on. It was a bit of a letdown in terms of plot progression.

And, objectively (I really want to emphasize this) – the book wasn’t bad. The characters were well fleshed out, the songstress’s powers were intriguing (and so on).

I did notice that some of the manipulation of the emperors felt a bit unbelievable but considering Kari’s magic, I think that can be let slide.

And yet, despite all of the good…I just…don’t think it was for me.

I think part of the problem was I really, really do not like rape books in general – and while this one was NOT graphic, so much of the plot revolved around rape that I had a hard time looking past that to enjoy the story.

Overall, that’s my take on it. If you are curious about his book – I recommend checking it out and developing your own take on it.

Interested in this one from Joshua Killingsworth? Buy it here:  Amazon