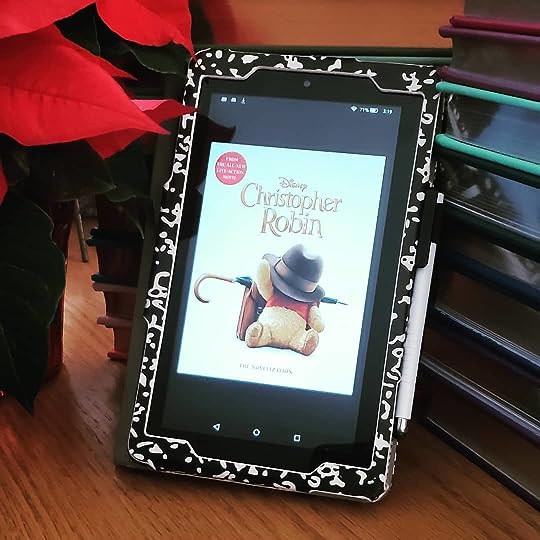 “You can’t stay in your corner of the
forest waiting for others to come to you.
You have to go to them sometimes.”

Christopher Robin spent many blissful years with his best friends – Winnie the Pooh, Piglet, Tigger, Eeyore, Rabbit, Owl and so many more.

But then, one day, Christopher Robin’s father tells him that it’s time to leave the hundred acre woods for a very long time.

Many years later, Christopher Robin is now runs an efficiency department for a luggage company.

Thanks to the war, the business is in jeopardy.

And thanks to Christopher Robin’s devotion to his company and to providing for his family, his marriage is in deep trouble.

His wife and daughter love him dearly but they never see him anymore and finally, it feels like too much distance has formed.

This was such a cute little book!

I’ve read quite a few novelizations of Disney movies and most of the time they are very bare-bones.

This character said this. This one did that.

But this book? It moved me. I felt so deeply for little Pooh and poor grownup Christopher Robin.

Interested in this one from Elizabeth Rudnick? Buy it here:  Amazon