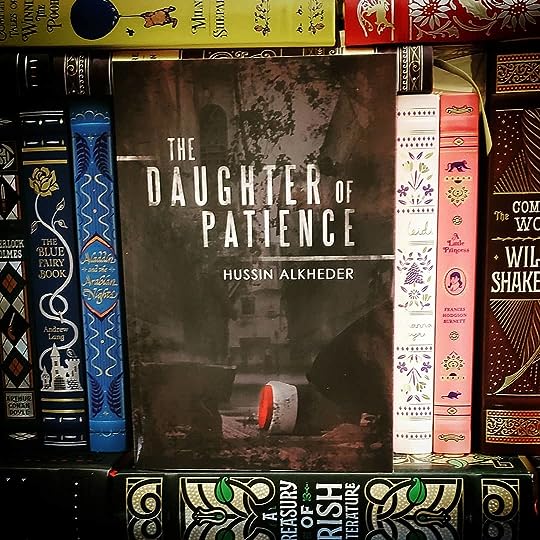 “Do you mean…”
Amani interrupted, “Yes, more than once I heard whispers that Hadita was murdered.”

Mullah, a religious man who knew the Hadita’s family well, is asked by Hadita’s brother to investigate.

Soon after beginning his investigation, Mullah visits Hadita’s surviving family and immediately notices that the dynamics are off.

Khaled (the surviving son) and the four daughters are living in abject poverty – despite having a living father in Dubai.

Puzzled, Mullah continues his investigation – traveling to Dubai to talk with Hadita’s husband.

“People who have seen him in Dubai are not blind, and they told me he is a wealthy man.”

How does an incredibly wealthy man have a family on the edge of desperation?

It is only on his return to Damascus, that things take a turn for the worse for Mullah.

One of the men slipped a black canvas bag over his head.

He is interrogated, tortured and eventually released as a changed man.

Mullah can no longer shake the terrors that plague his sleepless nights. And yet…and yet…there’s something that is pushing him on wards – Hadita did not deserve to die and be forgotten.

But when more and more people begin showing up dead, Mullah cannot help but wonder if the risk to himself (and more importantly, his family) is worth it after all.

People of all ages (okay, like teens and up).

This book is one of those that’s meant to be read.

When I first picked this one up, I wasn’t sure how well I’d like it – I loved the summary but…the beginning was a bit rough.

I’m not overly familiar with Damascus or Dubai, so to me, the first few chapters of this book was a bit of an uphill battle as I struggled to keep track of unfamiliar names, places and traditions.

But once I let go and sunk into the story – it was a whole different ballgame.

I absolutely loved the world that Hussin depicted in his book – it felt so fleshed out and real to me. I wanted to walk those streets and meet those people.

I was constantly terrified on behalf of the Mullah and silently cheering when the girls defied their gender norms.

The plot kept me on my toes and it was incredibly interesting to learn about a world that I have little experience in.

Now, I noticed that some reviewers were upset about the blatant sexism towards women and the homophobia depicted in the book. It was awful. I won’t deny that.

I also know it’s easy to associate characters’ beliefs with the author’s but after reading (and reflecting on) this book, I feel like that’s not the case here.

I was alright with it because the author is depicting a very specific time and era. It’s how life is like – and sugar coating it doesn’t make it go away. We shouldn’t turn a blind eye cause something makes us uncomfortable.

However, what convinced me regarding that is that the characters (the girls, the gays) were fully realized humans.

There were people who were awful to them, but when we got their perspectives, they were just as human as everyone else – with their own kindnesses, wants, desires and rebellions.

The plot threw twist-after-twist until I didn’t know what was up or down. It was fabulous.

There was so much that went into setting up the thriller/mystery aspect of the book.

The end of the book – wow. I don’t want to spoil anything but it was SOOO good. I could NOT put it down.

A huge thank you to the author for sending me a free copy in exchange for an honest review.

Interested in this one from Hussin Alkheder? Buy it here:  Amazon