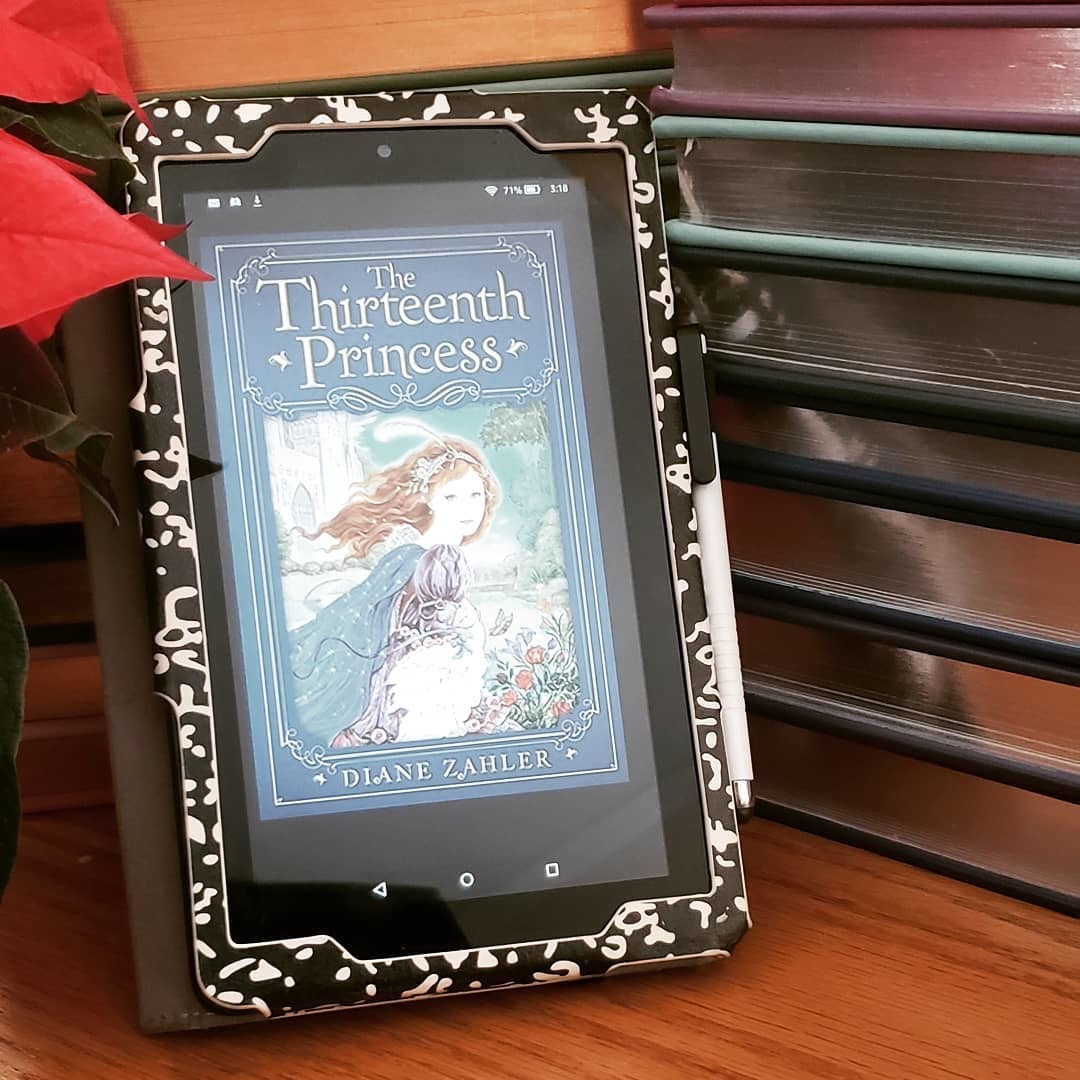 I could hardly take this in, it was so strange and wondrous. I was a princess!

Zita spent most of her life believing she was a serving girl, only to discover that she is the thirteenth princess.

Her mother died in labor and her father, enraged by the lack of sons and sidelined by the grief, forbade Zita from being raised as a princess.

But once Zita found out, her twelve older sisters (each with a name beginning with A) embrace her as much as they can, away from their father’s stern gaze.

The other girls crowded around me, chattering like sparrows…I realized now that they too felt the bond that joins sisters together.

But there is some strange magic afoot in the kingdom.

Will Zita discover the secret in time to save her sisters? Or would they be lost forever?

…I held my breath, caught between dread and anticipation

So this one…it wasn’t bad, but it didn’t dazzle me.

This is a retelling of the twelve dancing princesses – with a twist of a thirteenth princess and a bit of an upgrade on the magic.

I like the idea of it…but it didn’t pan out the way I had hoped.

Zita is a rather…well…bland main character.

She always follows the rules (unless a suitably noble cause inspires her otherwise), she’s truly good through-and-through, and she’s always selfless, kind and thoughtful. Boring!

She needed at least a couple of flaws to spice up her character and make things a little interesting.

The other issue is with twelve princesses (each with an A-name), they all blended quite well until I really couldn’t be bothered to tell them apart.

I did enjoy the old woman in the woods who helped with magic and the stable boy was fun – but they weren’t enough to carry the book for me.

There wasn’t enough DONE to the story to change it from the original tale to interest me in the story.

Adding in a thirteenth Princess didn’t really change the story or create a new outlook… she was just kinda THERE… sigh.

Interested in this one from Diane Zahler and  Yvonne Gilbert? Buy it here:  Amazon