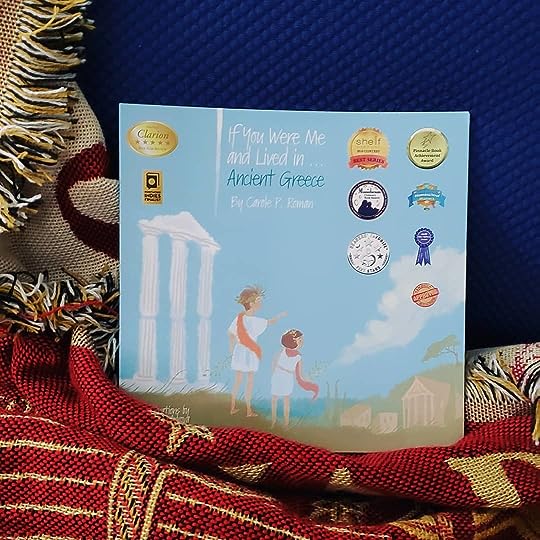 Athena is currently the capital of Greece, and the first people settled there around the 11th-7th century B.C.

Ancient Greece has been popular for thousands of years, but there is still a ton that’s not well-known.

If you are the curious sort, then this book is for you.

You get to learn a little bit about all of the neat quirks of the cities such as free fireplaces!

Every Ancient Greek city had an open fireplace for all citizens.

(this was thanks to one of the ancient Greek goddesses)!

And all the more at-home quirks!

Beard trimming became an art…the beard was a sign of manhood and strength.

I really liked how this book tied the traditions and various aspects of Ancient Greek life to the many of the Gods/Goddesses.

All in all, another fabulous addition to the Carole P Roman collection!

Interested in this one from Carole P Roman and Mateya Arkova? Buy it here:  Amazon