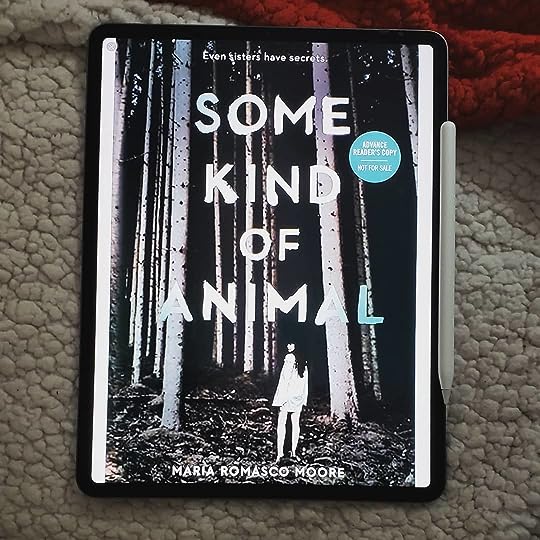 My sister, Lee, and I don’t live in the same house. My sister doesn’t live in a house at all. She lives in the forest. She sleeps during the day and runs at night.

Ever since Jolene “Jo” was five, she told her aunt and her grandmother (who raised her) that she had a twin sister living in the woods.

They never believed her, but whenever Jo could she would sneak out at night to run in the woods with her sister (Lee).

Lee is becoming more and more insistent that Jo joins her in the woods…but something is holding Jo back. And when Lee finds out what that is…she attacks.

Isolated and in danger, Jo must make the biggest decision of her life – one that could make (or break) her forever.

She steps closer, holds out a thin dirty hand.

So, for the most part I liked the book.

The beginning was solid – I LOVED not knowing whether Lee was real or not.

I also loved the way she interwove in the story of the two girls.

However, as time went on and Lee became more solid in life the more I felt pity towards her. She wasn’t some brave spirit like her sister made her out to be, she was a kid who was abandoned. A feral child.

I also felt like Jo was a bit too naive here – her sister was very, very thin and not by choice. As a freshman in high school, I feel like she should’ve known more/better.

In addition, the ending of the book (~last third) felt very circle-y and didn’t have that BOOM that I was expecting.

With thanks to Netgalley, Delacorte Press and Maria Romasco Moore for sending me a free copy in exchange for an honest review

Interested in this one from Maria Romansco Moore? Buy it here:  Amazon

2 thoughts on “Some Kind of Animal – Maria Romasco Moore”