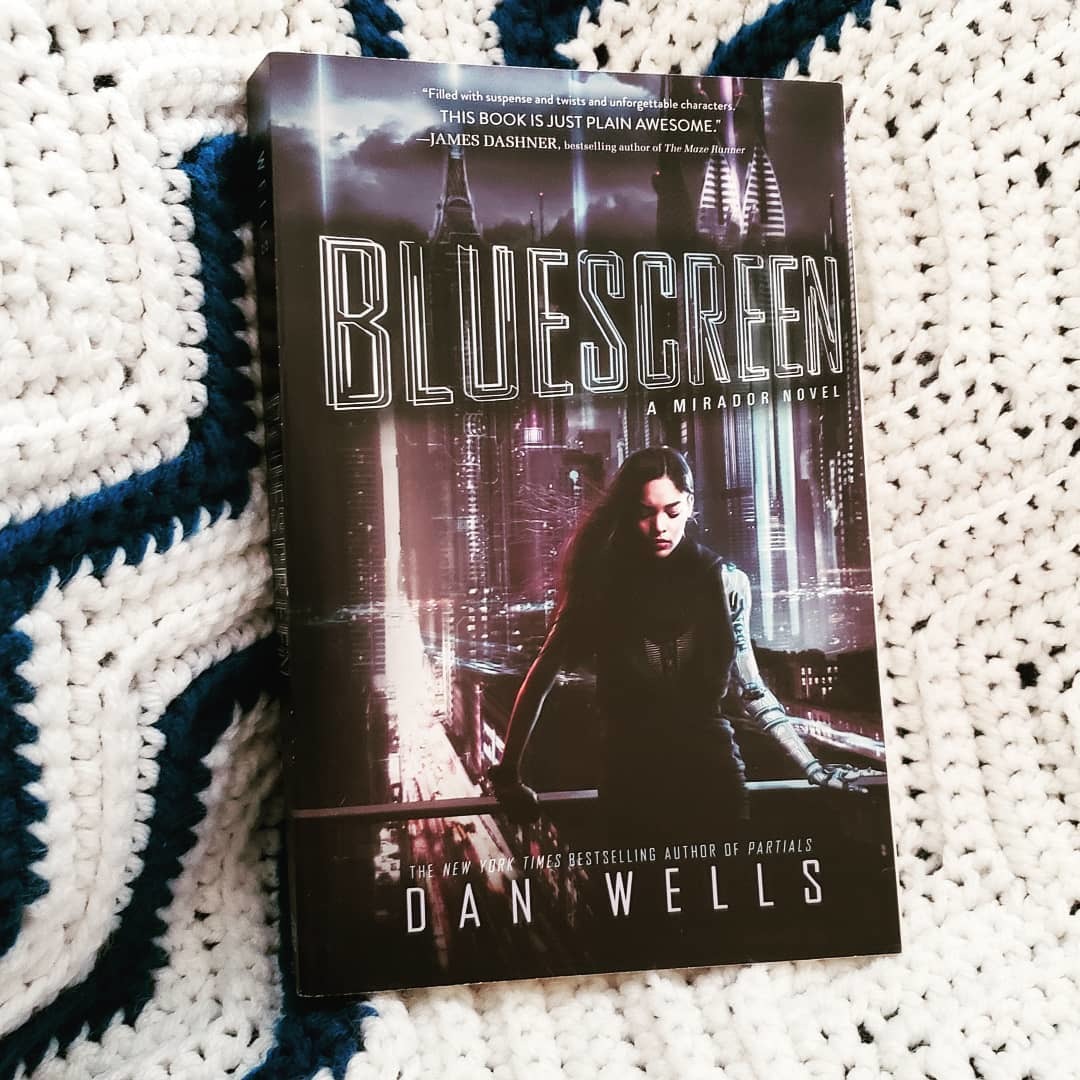 Marisa and her best friends are the Cherry Dogs – an all-girl group of virtual reality gamers mostly based in Mirador, a suburb of LA.

The Cherry Dogs aren’t the best but they are moving up the ranks fast. They connect to the net via a djinni – a computer with direct access to their brain.

The djinni lets them access everything – from low level hacking to the most realistic VR games. Anja – one of the Cherry Dogs – found something incredible. Bluescreen. It’s the latest drug – a VR drug – no side effects, no addiction, no problem…right?

When Anja takes a trip in front of her friends, something strange happens:

“Stop focusing on the blackout,” she said, “The buzz is the whole point. The blackout just means it’s time for another dose.”

Only when she does black out, she sleepwalks and tried to give her snoozing dad a dose of Bluescreen too.

Suddenly, things aren’t as safe as they were – the local gangs are itching for a fight, Anja can’t get rid of a computer virus (in her head), and there’s a mysterious Grendle on the web who seems to know everything about everyone.

It’s up to the Cherry Dogs to figure this out before someone else gets killed.

I really, really, really enjoyed this one. I love Dan Well’s I Am Not A Serial Killer and his other standalone The Hollow City but those two are very limited in scope – only a few key people are mentioned.

This one had such a vast (and diverse) cast along with so much of world-building. Normally, I get completely lost in the steampunk, cyberpunk, punkpunk books but this one blended the technology and augmented reality really well.

Definitely going to reread this one!

Thank you to Audrey for sending me a signed copy. My very first Dan Wells novel on my bookshelves. I’m in heaven.

Interested in this one from Dan Wells? Buy it here:  Amazon