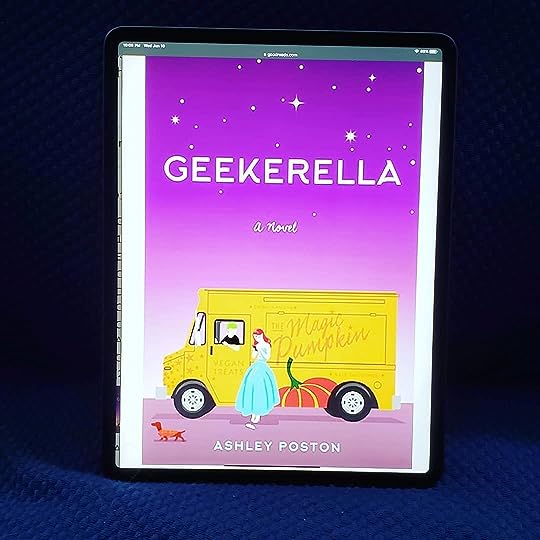 Look to the stars. Aim. Ignite.

Her late mother and father both loved it, and her father was the man behind the convention for Starfield.

Currently, Elle lives with her Step-mom and twin step-siblings and to put it frank, they’re making her life a living hell.

Then, she sees the announcement for Starfield’s reboot as a movie series plus a costume contest at this year’s ExcelsiCon, and she knows she has to enter.

Before the fame and fortune, he was a lonely kid with absentee parents. And Starfield was his lifeline.

Now that he’s the star of the upcoming movie, he is feeling all of the pressure from the media to get this exactly right.

When a fiery blog post (written under Elle’s pseudonym) goes viral, Darien finds himself more lost than ever regarding his place in this fandom.

By chance, he texted Elle and she responded. Slowly, only through text, the two of them get closer. But with the Con, the movie and above all Elle’s family keeping them apart, this is going to be one hellova costume contest.

Because in the end we’re all just a bunch of weirdos standing in front of other weirdos, asking for their username.

This one hit me in the feels.

I absolutely LOVED the way Poston took the Cinderella trope and turned it around. It was so well done and so fresh.

Elle and Darien were such great main characters, I felt for both of them and truly loved all of the cutsey moments.

I also was impressed by the step-mother’s commitment for evil. It was over the top and completely unreasonable, and yet it also felt realistic.

All in all, I LOVED this one and I cannot wait to get my hands on the next.

Interested in this one from Ashley Poston? Buy it here:  Amazon