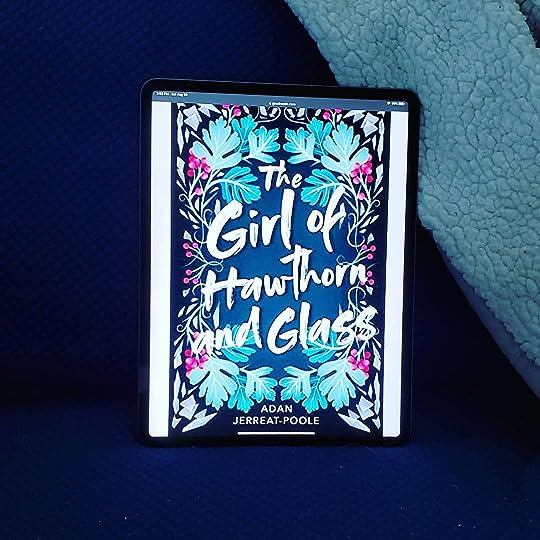 “Eventually she would turn back into the parts that the witch had used to make her – a girl stitched together out of beetle shells and cranberries and a witch’s greed.”

Eli spent her entire life in under the thumb of the witches.

Through the help of her seven magical blades, she’s made countless ghost kills in the name of her witch-mother.

“Your glory is my glory,” said Eli dutifully. “My victory is your victory. I are a tool and I have value.”

Desperation drives her – she needs to please her witch “mother” and the council because there’s the ever-living threat of being “unmade” – which means she’d be returned to her original parts (aka plants).

Her latest target supposed to be a cinch…but for the first time, she’s feeling a conscious wear up.

Eli had always known that she was a monster.

Conflicted and worried, she’s forced to accept a new target. She begins the hunt but the more she delves into this mission, the more she finds herself pulling away.

But without her role as a witch-assassin, what could she possibly be?

She was a star, a soul, a creature, and she wanted to drink the entire world.

My initial impression was 5-stars all the way and it was only until the second half that things took a downturn for me.

It began to get confusing and weird.

The world building started fraying and I’m still confused over what happened even when reading it twice.

Which is a huge shame cause…wow…it was incredible to start with. Like a Holly-Black-Meets-Melissa-Albert kind of amazing.

I think, this book needed to be firmer on the basics– the world rules, the plot and the characters needed a stronger, more focused hand.

With thanks to Netgalley, Dundurn Press and Adan Jerreat-Poole for sending me a free copy in exchange for an honest review.

Interested in this one from Adan Jerreat-Poole? Buy it here:  Amazon