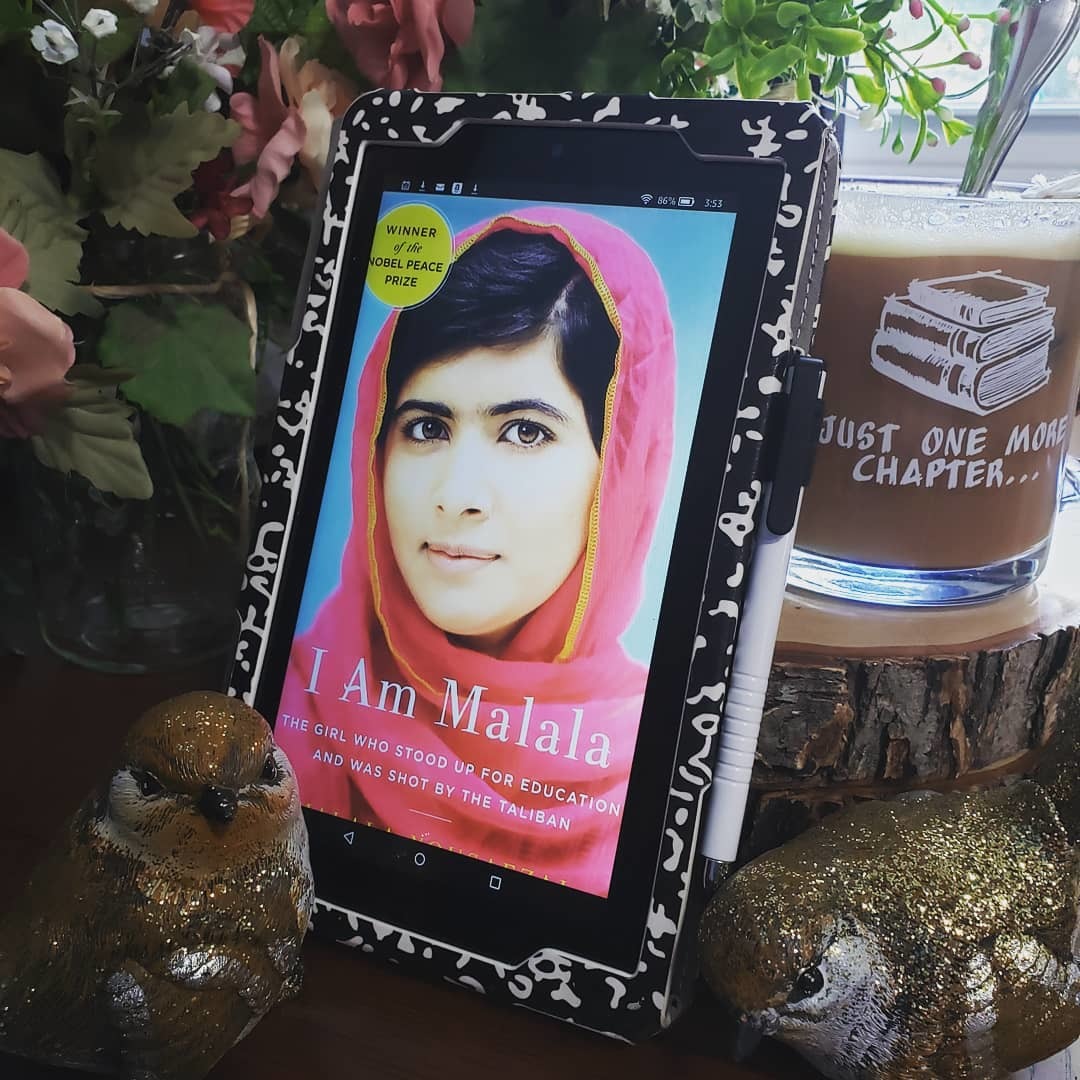 We realize the importance of our voices only when we are silenced.

Criticism be damned, I loved this book.

Malala Yousafzai, a Pakistani girl, was just fifteen years old when the Taliban decided she needed to be taken out.

That she was too dangerous to be alive.

That she was radical, sacrilegious and so much more.

And what did she do? What was the heinous, terrible actions that necessitated her being shot?

Education is education. We should learn everything and then choose which path to follow.” Education is neither Eastern nor Western, it is human.

She spoke up for education – particularly for girls – and was doing such an inspirational job, that she became a ‘problem’.

Her father, a schoolmaster, founded many schools throughout her childhood and he always gave Malala the option to speak up for her right to education.

And speak up she did. She corresponded with newspapers, campaigned on the radio and even appeared on television.

One child, one teacher, one book, one pen can change the world.

She gave a voice to the ever-silenced children, especially the girls, who were forced to cover up and stay at home. To give up their education because it was “improper”.

Malala expressed her love for God, for her people and for the right to education – time and time again.

When the whole world is silent, even one voice becomes powerful.

And when the Taliban heard of her, they decided that she, a fifteen year old girl, needed to be killed.

And so they tried. They shot her in the head on her way to school on October 9th, 2012.

But something happened that they had not calculated – she survived.

And the attempted murder (assassination? I think she’s important enough to bump this to attempted assassination) didn’t cow her or put her in her place.

She survived and she is ready to continue the fight.

We were scared, but our fear was not as strong as our courage.

This book felt like a honest chat between the author and the world – she unashamedly details the poverty, the cruelty and the losses that her family, and the families around her, suffered.

But at the same time, she speaks so honestly and ferventlyabout her love for God, her country and even for those who attacked out of fear or misguidance.

Normally, when there is a second author, the book begins to feel false – as in there’s too much influence from the more professional writer, and that erases all of the personal voice. But that was not the case in this one.

Malala’s felt so incredibly real, the way she spoke about her life in Pakistan – from her humble beginnings to the success of her father’s school – and heartbreaking, especially when she talked about her freedom being taken away slowly.

This is a book that should be read by everyone – especially the those who oppose her – because if you can feel one ounce of love that Malala feels for her country and education, then I honestly don’t see why anyone would keep fighting it.

If one man can destroy everything, why can’t one girl change it?

One thought on “I Am Malala: The Story of the Girl Who Stood Up for Education and Was Shot by the Taliban – Malala Yousafzai”