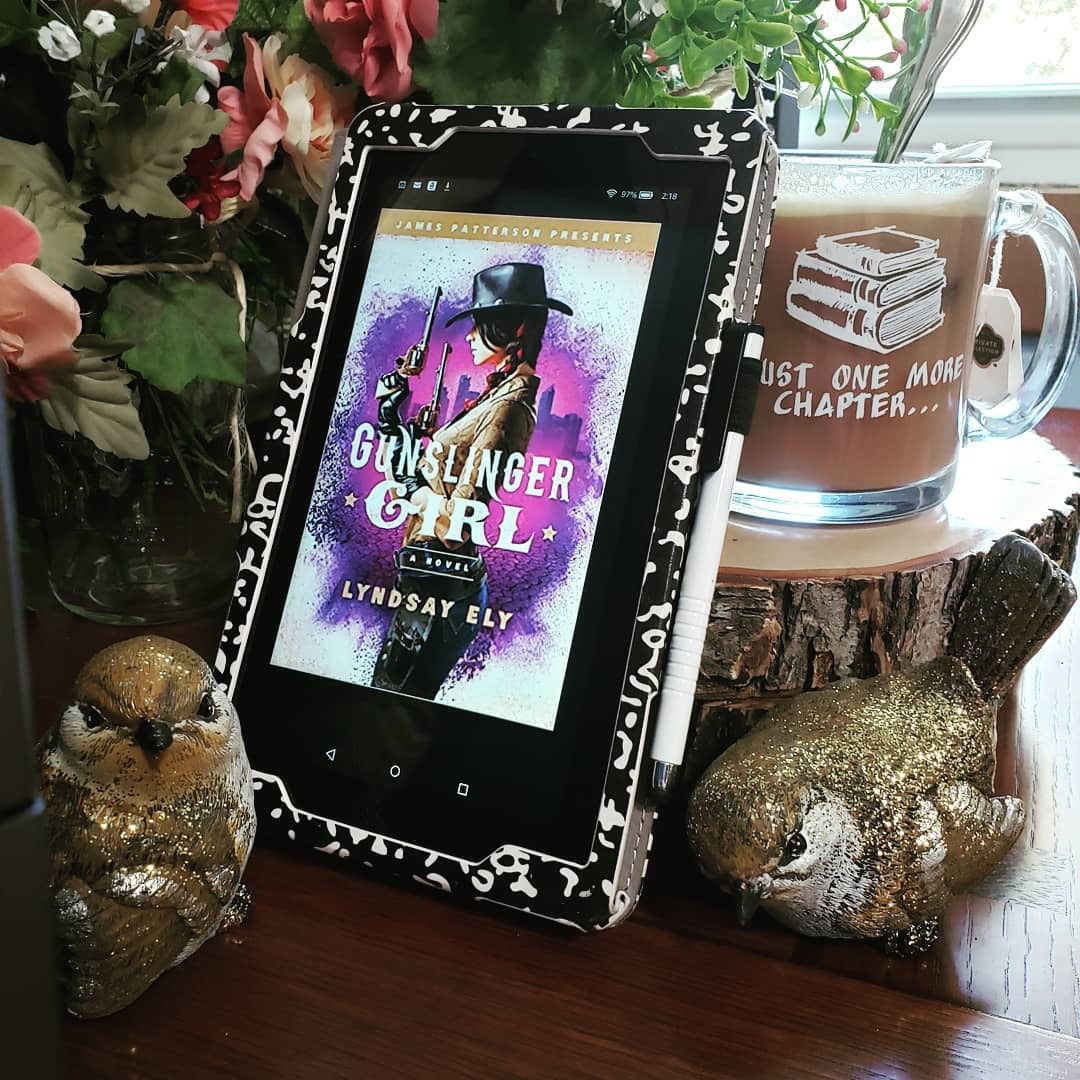 Welcome to Cessation, Serendipity Jones. The last place on the continent where you can do whatever the hell you want.

Serendipity “Pity” Jones is a seventeen-year-old gunslinger in a futuristic wild west world.

Her mother lived on a commune and raised three children with a man she abhorred.

Pity’s mother did her best in a bad situation but ultimately, her drinking got the best of her.

Right and wrong isn’t so easy, is it? Sometimes the choices we make are a little bit of both.

Half-orphaned (what a twist from the normal fully-orphaned YA heroines…) Pity soon learns that her father plans to essentially sell her off to a different commune (she’s a fertile myrtle).

Pity runs away and soon finds herself at Cessation – an almost mythical world of lawlessness.

She joins Moreau’s performing troop as a sharpshooter and meets a variety of other acts.

Despite the glitz and the glam, there is something far darker lurking beneath the surface.

Will Serendipity discover it in time? …or will it discover her?

It’s an ugly world, and we need to take what happiness we can, when we can.

Other people who’ve read this book – am I the only one who just felt completely and utterly blah?

Pity was a YA heroine to a T – she’s a half-orphan, haunted by her actions, meek but not weak, headstrong but not aggressive.

She’s wickedly good at an oddly specific talent. Her knowledge and skill set far outweighs her age, yet everyone around her just accepts it.

There was a dark mystery in her past, one that could forever change her future.

The whole time, I was just like, ehhhh. Feels pretty average.

The only thing this book had going for it was the setting – the pseudo-future-wild-west thing was definitely interesting…but literally 20 pages after Pity steps out the door, she goes to Cessation to become a showgirl.

I was FAR more interested in what was outside those walls than what costume she was going to wear.

Anyway, if you are looking for a light read and there’s nothing else at the library – this one is for you.

Interested in this one from Lyndsay Ely? Buy it here:  Amazon