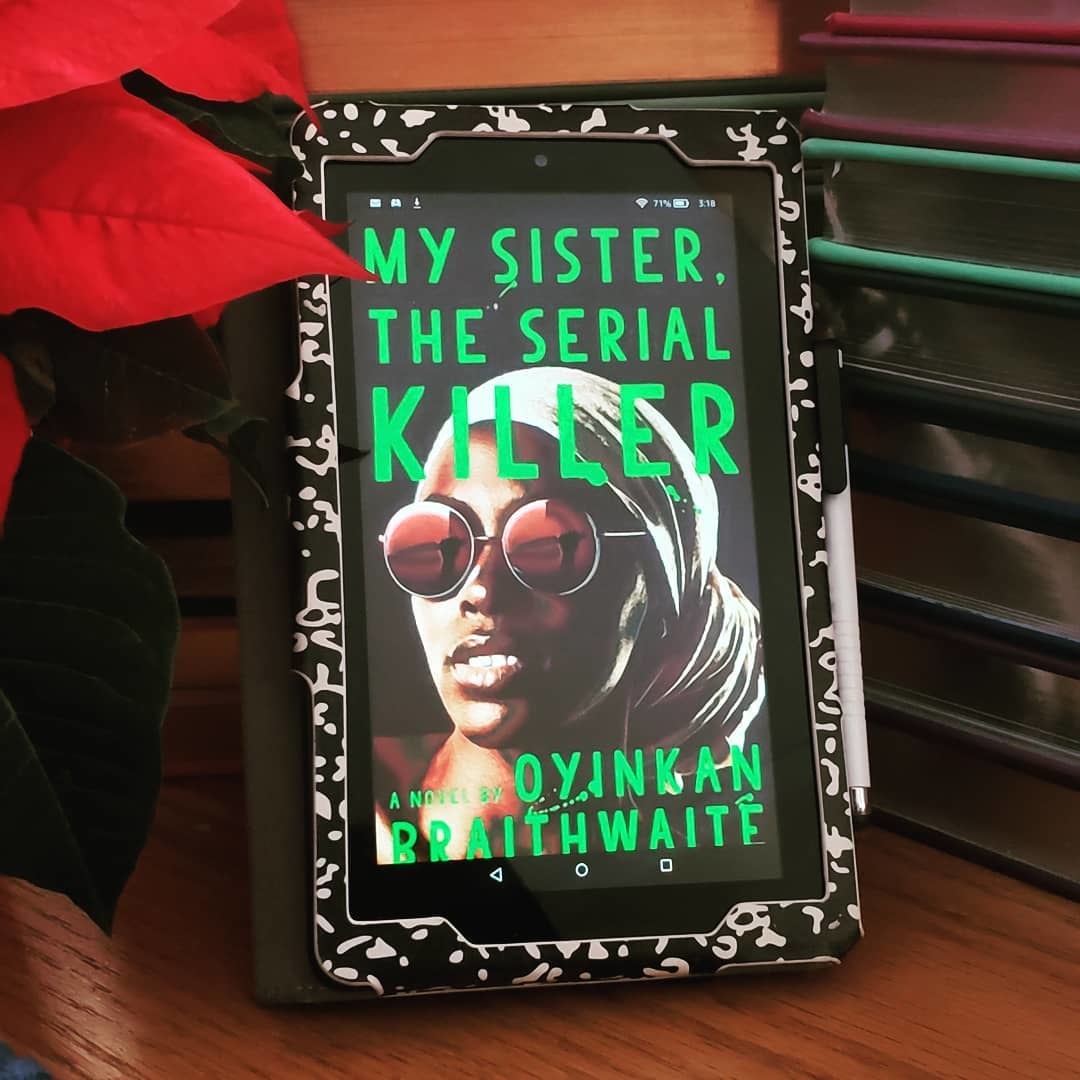 It’s because she is beautiful, you know. That’s all it is. They don’t really care about the rest of it. She gets a pass at life.

Ayoola, the beautiful, younger sister of Korede, calls her up on night for….what’s quickly becoming a disturbing trend.

Ayoola’s last three boyfriends have been…well…murdered by her own hand.

At first, Korede was inclined to side with her sister – that these men were intending to harm her, rape her or do far worse – but three times? In such quick succession?

Despite her misgivings, Korede loves her sister. And uses her skills (honed from long hours of cleaning up the hospital as a nurse) to dispose of the dead bodies.

And besides, if she reaches out to anyone, Korede just knows she would be blamed.

That’s how it has always been. Ayoola would break a glass, and I would receive the blame for giving her the drink.

But then one day, Ayoola shows up at Korede’s place of work and the doctor – the one that Korede has been crushing on for…forever – begins falling for her sister.

Suddenly Korede will have to decide – the doctor or her sister – and when she picks her side, the other one is doomed.

You can’t sit on the fence forever.

This went so much darker than I expected.

I couldn’t turn away – Ayoola’s casual murder-y-ness and Korede’s practical view of things was absolutely chilling (in the best way possible).

The only thing that threw me out of the book was there seemed to be a tendency to look at things at a surface level – everyone who was in the know was surprisingly cool with the murder-business.

I’m not expecting everyone to have a mental breakdown every few pages, but it felt like there should be SOMETHING by the way of reflection over the matter.

But overall – it was super good. Absolutely addictive and delightfully terrible.

Interested in this one from Oyinkan Braithwaite? Buy it here:  Amazon