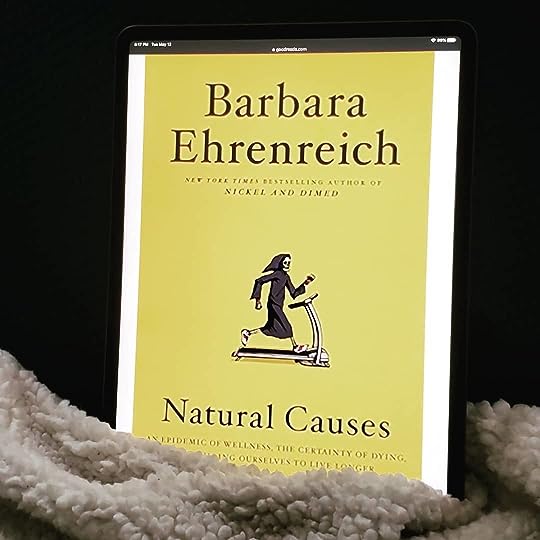 Once I realized I was old enough to die, I decided that I was also old enough not to incur any more suffering, annoyance, or boredom in the pursuit of a longer life.

So, this one goes into understanding what exactly is behind a “natural cause” death and just about everything between life and the great beyond.

And for the most part, this one was okay.

It had a lot of interesting stuff in it…but the book did feel a bit scattered, and I think that’s why I couldn’t connect to it in the way I wanted.

The author did quite a good job (well, relatively good) at pointing out flaws in the system.

For example, lot of the preventative care that she spoke about doesn’t actually prevent that much but it’s almost tradition at this point to continue to pay for these constant, yearly tests.

For most people, throughout most of the twentieth century, medical care necessarily involved an encounter with a social superior—a white male from a relatively privileged background.

In addition, she goes into how medial procedures can be invasive and demeaning, as well as how no matter your amount of preventative care – chances are that something will get you in the end.

And from there we took more digressions – such as LSD meds, smoking (but spoken of in a positive light), a really, really long discussion on macrophages, more about how modern medicine can be bad, a tangent about disgraced professionals (Dr Oz, Gwenyth Paltrow’s Goop) and the list goes on.

So, while the concept of the book was great…the actual execution felt sloppy.

There was a lot of interesting facts and tangents but I really don’t know what her over message was (F*ck medicine, maybe?) and what she hoped to accomplish with this book.

Interested in this one from Barbara Ehrenreich? Buy it here:  Amazon