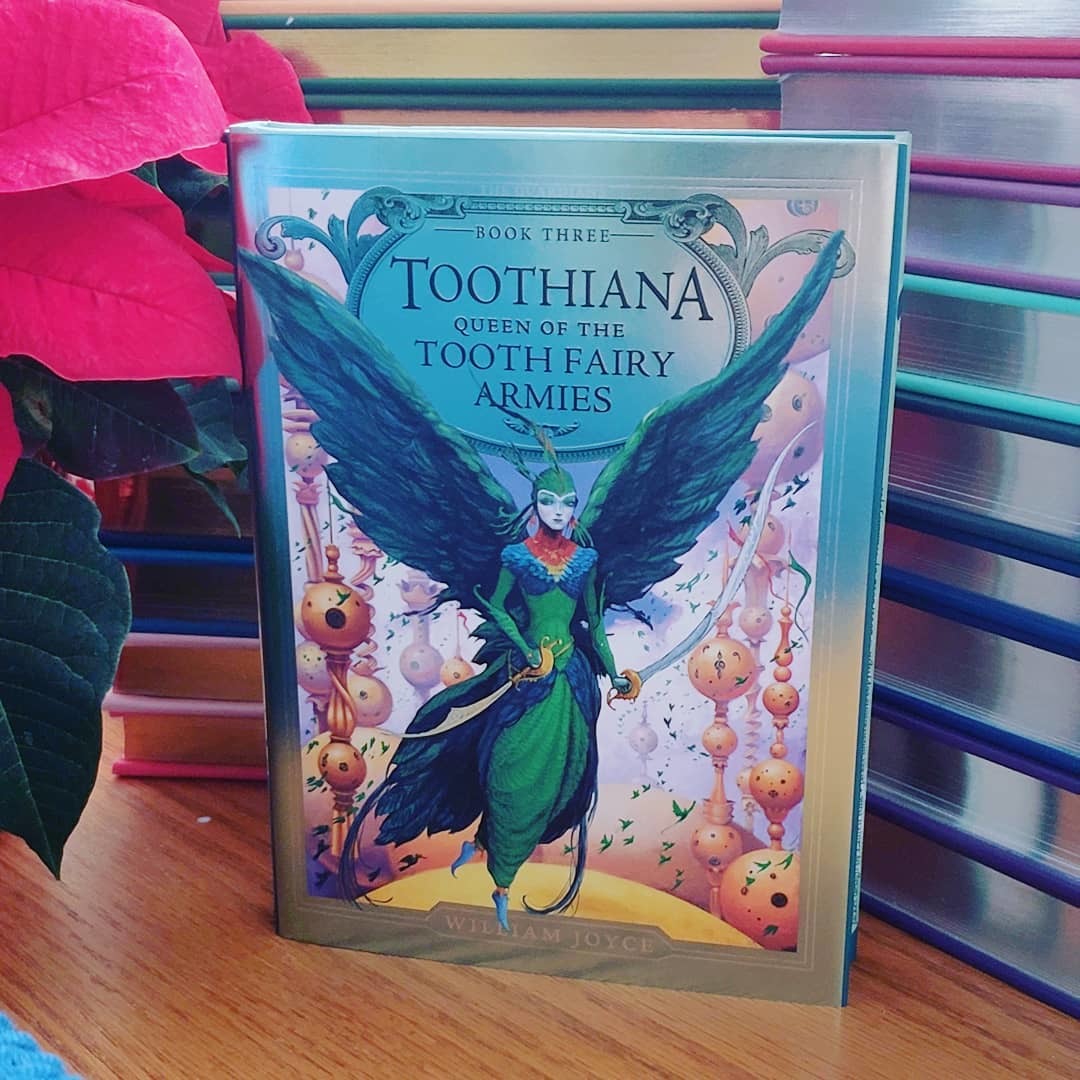 Many months had passed since the battle at the Earth’s core during which Pitch, the Nightmare King, had been soundly defeated by Katherine and the other Guardians…

All’s quiet…but not for long.

Katherine, a human girl, is feeling…confused…ever since the battle with the Nightmare King. She’s surrounded by her friends:

It’s only after her kidnapping by evil monkeys does her friends realize what happened – the Nightmare King is back!

Queen Toothiana – leader of the Fairy Armies – is a legend to even among the legendaries. She is reluctant to join their group…but if the Nightmare King is to be defeated, then they will need every last person.

As always – this was such a fun book!

I loved how Joyce weaves in all of the various characters – tooth fairy, sandman, easter bunny, santa, etc. There’s little hints and references scattered so that the reader pieces things together.

Queen Toothiana’s lore was so cute.

A young Toothiana notices that childhood memories are stored in the teeth, so she decides to hold them for safekeeping.

But, not wanting to be rude, she leaves the children small gifts. The kids are overjoyed and so she begins to spread out her business.

I’m really curious to see where this story continues!Interested in this one from William Joyce? Buy it here:  Amazon?