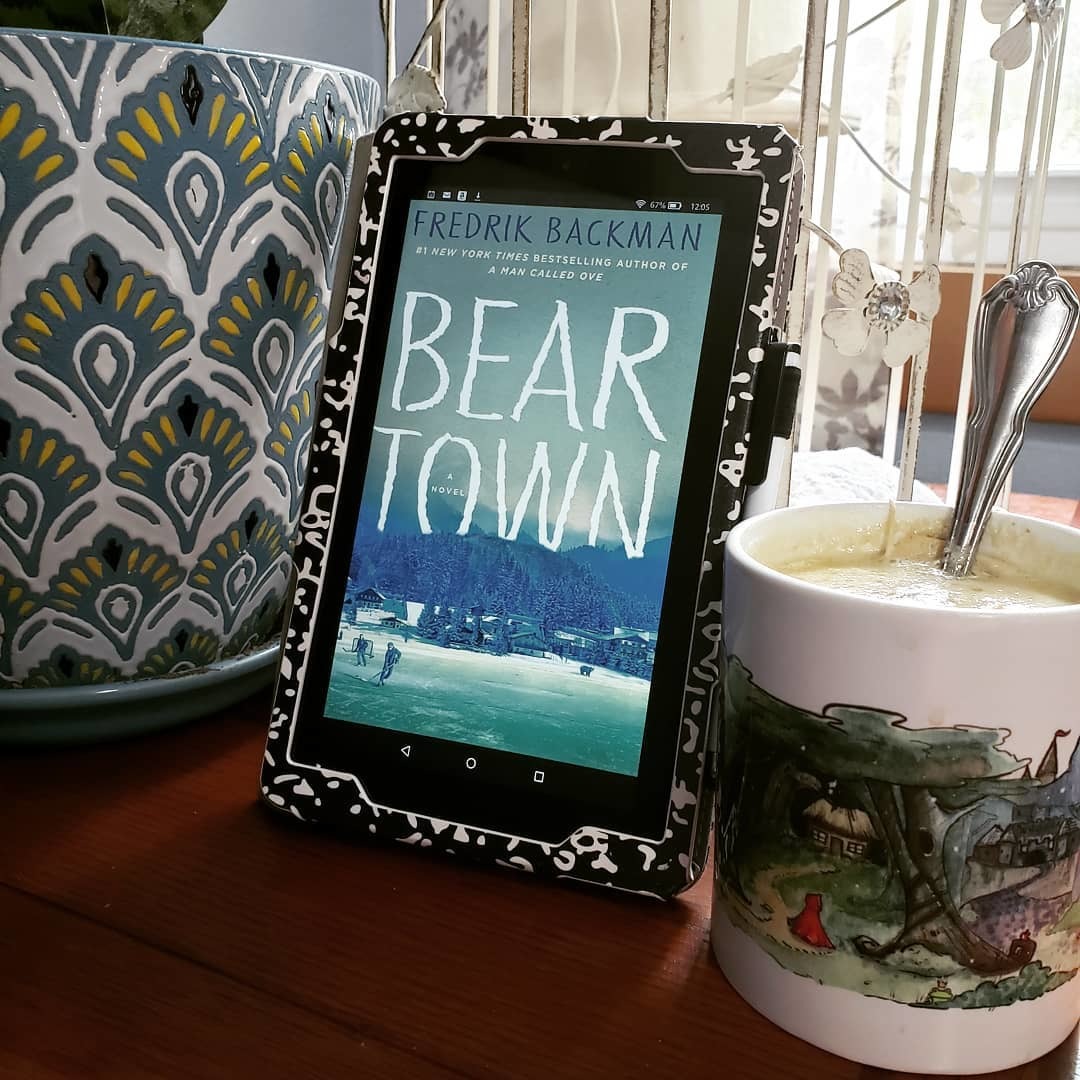 Everyone has a thousand wishes before a tragedy, but just one afterward.

Beartown, a small town in the middle of the forest, has beenon its way out for years.

Businesses are leaving, layoffs are happening and people are fleeing for anywhere but there.

But, there is one thing that holds everyone together – the junior ice hockey team. People may say that it’s crazy to pin all your hopes and dreams on a hockey team, but they don’t understand.

Never trust people who don’t have something in their lives that they love beyond all reason.

Beartown is a hockey town.

For the first time in thirty years, Beartown has a real chance. They’re about to compete in the national semi-finals. Sponsors are (finally) taking an interest in funding the club.

If the Beartown Bears can win – it could mean everything – a professional training center, a shopping mall, business flooding back to the once-abandoned town.

All of their hopes, and dreams, and fears, rest on a few teenage shoulders:

Kevin – the best player their town has seen in years.

Amat – the fastest player that has ever graced the ice.

And it seems simple, the team just has to win the finals and all their (and the town’s) wildest dreams will come true.

All that changes in an instant.

Maya, the daughter of the General Manager of the Beartown hockey team, is raped by one of the team’s star players and the whole town is thrown into turmoil.

She’s fifteen, above the age of consent, and he’s seventeen, but he’s still “the boy” in every conversation. She’s “the young woman”

She’s covered in bruises, and he’s the star of the team.

With little-to-no evidence, the town has to decide what to believe, and no matter what they decide , something will be irrevocably ruined.

Whew. This one was an absolute roller coaster for me and that was (in part) due to the way Backman set it up.

The first third-or-so focuses exclusively on setting the scene – what the town stands for, how much the hockey team practiced and practiced, how Maya begrudgingly loves hockey because her GM dad does, and so on.

It felt like one of those underdog-sports-stories and I was loving it. There was some hint at a future tragedy, but it wasn’t too overt (in my opinion).

Thus, when the rape scene happens and the entire book’s premise does a 180, I was shocked and disappointed.

I was actually super into watching these boys pull up the town and succeed in the hockey world and when the book flipped, I was devastated.

I’m really, really not into rape books. That’s, in part, because I’ve read so many books that use it as a cheap plot device that I’m absolutely sick of reading about it. I actively avoid books about rape as much as possible.

I put it down and couldn’t read it for days.

But, this was a TCE Book Club book…so I picked it up again and slowly got back into the story.

Another morning comes. It always does. Time always moves at the same rate, only feelings have different speeds. Every day can mark a whole lifetime or a single heartbeat, depending on who you spend it with.

And Backman really does the rape justice (and I know, that sounds weird).

He humanizes and demonizes it, he brings it into being in a way that I haven’t read before.

The way the cast of characters react and the way others distance themselves made the story come alive. It was incredible to read.

You never have the sort of friends you have when you’re fifteen ever again. Even if you keep them for the rest of your life, it’s never the same as it was then.

It truly was amazing, and I’m so happy I kept with it. I honestly think I will continue the series – the writing was that good.

That being said, I really did not appreciate the way the book went about introducing the concept, but the rest of it more than makes up for it.

Audiobook Comments
Not my favorite audio – the reader (Marin Ireland) did not do that great of a job. The characters were often indistinct (an “angry” voice was consistent between Maya, her teenage best friend and her dad) and the reading was so slow. So. Incredibly. Slow.

In addition, I had issues with the way the CD’s were divided. On a CD player, roughly every chapter was a new ‘track’…which was an issue considering they were 10-20 minutes long. I would’ve preferred shorter tracks, which makes pausing and finding your spot significantly easier.