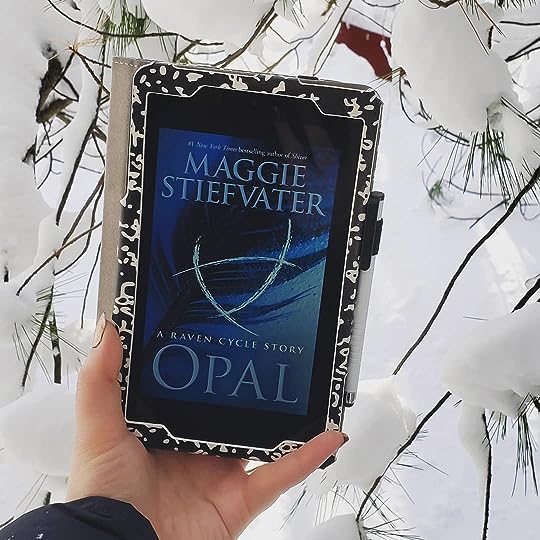 Sometimes bad ideas were so bad they looped right around until they became good ideas.

The war is over, the battles are all won… but what now?

Gansey and Blue are off on an adventure, Adam will be leaving soon and Ronan needs to figure out creating a new Cabeswater…but what about Opal?

Well, for one hoofed-girl, there are quite a lot of things to be learned.

Hiding objects from other people counted as stealing, unless the objects were presents, which you hid but then laughed about later.

She has decided to just live life in the presence...and learn as much as she can in the process.

But there is something sinister lurking around.

She could hear that the long barn was full of dreamstuff, and she was afraid of it.

And she quickly realizes that the sinister-stuff is coming soon.

Ahhh! Just when I needed more Pynch in my life, Stiefvater delivers.

But instead, Ronan pressed his face against Adam’s neck and Adam quietly put his head on top of Ronan’s head and they did not move for a long time.

I loved getting the world through Opal’s slightly wild and zany perspective.

She’s such an interesting character and her way of viewing this is so uniquely her!

She just kills me.

All in all, I am so happy to be back in this world and cannot wait to read the next book!