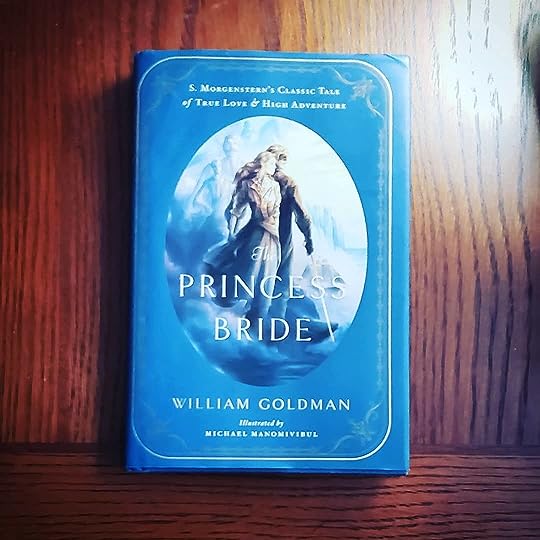 “We’ll never survive!”
“Nonsense. You’re only saying that because no one ever has.”

Buttercup spent her entire life on a farm with her mom, dad and the farm boy who lived outside in the hovel.

But then, one day, all that changed.

And soon she learns that with great beauty comes great tragedy.

For soon after she learns that the Farm By (now known as Westley) loves her, he sails off to make a fortune and is seemingly lost forever.

Meanwhile Prince Humperdinck learns that the most beautiful woman in all the land is of marrying age and demands her to become his wife and she agrees, deciding early that she will kill herself when the time comes (which is actually quite convenient, considering Humperdinck was planning on killing her too)

But then, Buttercup is kidnapped by a quirky trio of characters (A Sicilian, a giant and a master swordsman), is then pursued by a mysterious masked man, must fight her way through man-eating eels, giant swamp rats and so much more.

The rest, as they say, is history.

As always, I am ABSOLUTELY in love with this book.

This time I read the 30th edition – where I learned of the  story of the author’s first encounter with S. Morgenstern’s classic tale was far more false than I initially andicipated.

Just a quick note – skip the introduction. It goes on and on and on and honestly really put a damper on my enjoyment of this book. Very frustrating that it ended up being (view spoiler).

Essentially, it’s suffice to know that the Princess Bride is based on a longer story that Goldman edited down into a more manageable book.

I do absolutely LOVE the satire and the characters in this book. The plot is ever the exciting whirlwind and every time I finish reading it, I just want to go back in again.

The 30th edition is beautifully illustrated and really gives the book that extra lift.

“My name is Inigo Montoya, you killed my father, prepare to die!”