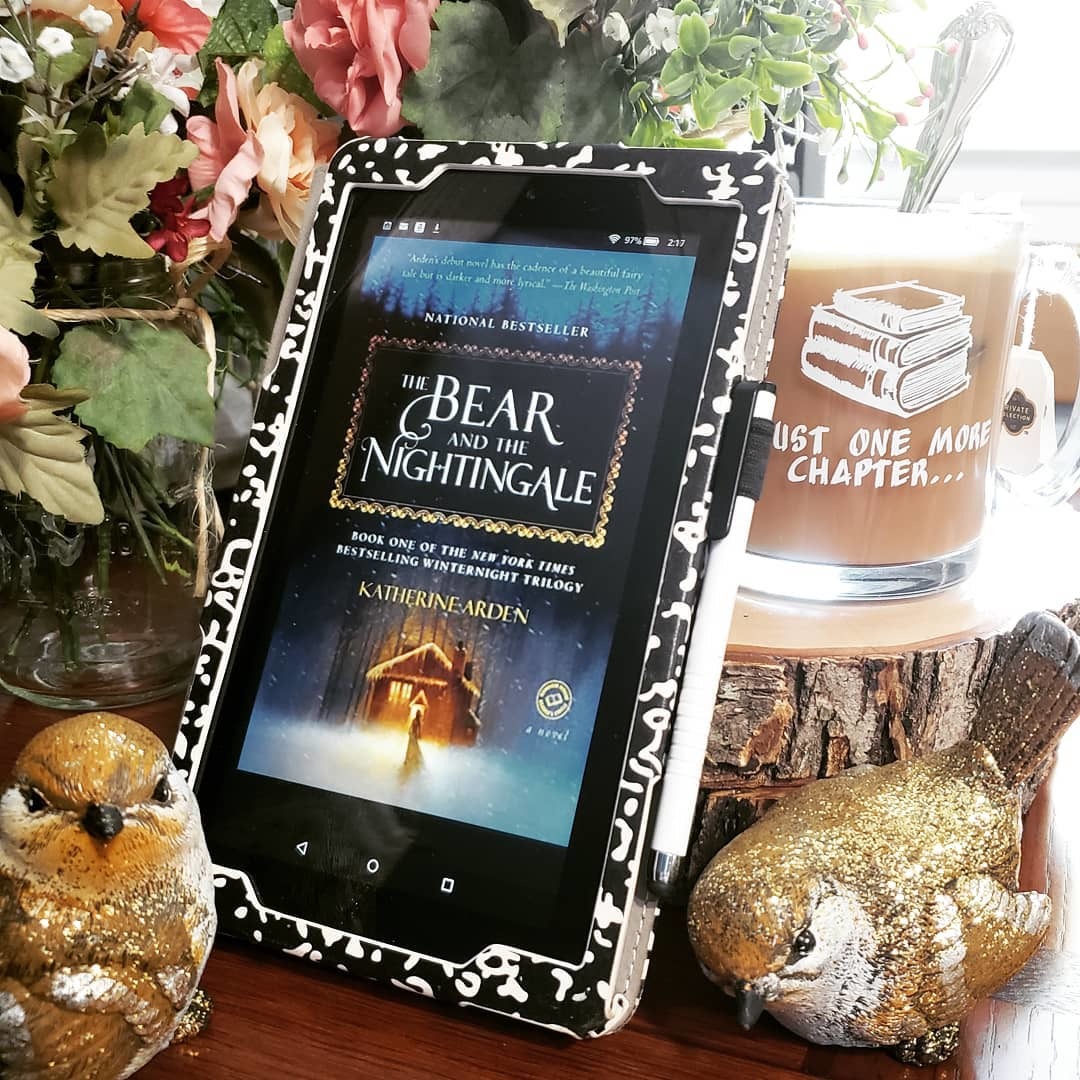 This is the sort of book that sweeps you on a journey .

“I want to save you, Vasilisa Petrovna,” he said. “I will save you all. There are dark forces that you do not understand.”

To his surprise, and perhaps to her, she laughed.

Vasilisa “Vasya” Petrovna lives during the “old Russia” – back when fairy and folk tales were not legends.

Vasya always possessed the second sight, which made for some interesting conversations with the various creatures living in and around her home. All the spirits that live in and around her house were quite peculiar,such as the origins of the domovoi:

I am here because the house is here. If the house weren’t here, I wouldn’t be either

Soon, Vasya’s gentle childhood – spent conversing with the domovoi and the vazila (who guards the stables) – is put to an abrupt end.

Her father remarries and while the new woman has the second sight, she interprets the gentle protective spirits as “demons.” In an effort to “protect” the now-teenage Vasya, her father (egged on and persuaded by her step mother) is trying to marry her off.

And, to top it all, a priest moves into their house and is hell-bent (ha) on saving Vasya’s soul but all he succeeds in doing is a lot of fear-mongering and weakening of the protective spirits. He quickly becomes obsessed with Vasya and her impertinence.

Without the spirits to protect them, Vasya must face the ever increasing danger of the old gods – alone and armed with nothing by her sheer force of will.

I really enjoyed this one – there’s just something so magical about having this novel set in the dead of winter with the old gods circling the dimly lit sleepy cottage.

Vasya lives in a world where being a happy homemaker is the highest achievement of any girl. I appreciated how the author showed Vasya’s defiance in small ways (yet ultimately significant ways) – not every girl in YA fiction needs to start an uprising.

A soft voice and a bent head were more fitting when a woman addressed a priest. This girl stared at him brazenly in the face with fey green eyes

Overall, I really enjoyed this one and have already checked out the sequel – I’m so, so curious to see what happens next!

P.s. There is a glossery located in the last few pages. (hallelujah! ) The author used a few common Russian words and a few loose translations (i.e. the spelling of “domovoi” was intended to make it easier for English readers to read). I did struggle a bit to hold all the words in my head…only to discover the glossary at the end. Typical!

One thought on “The Bear and the Nightingale – Katherine Arden”