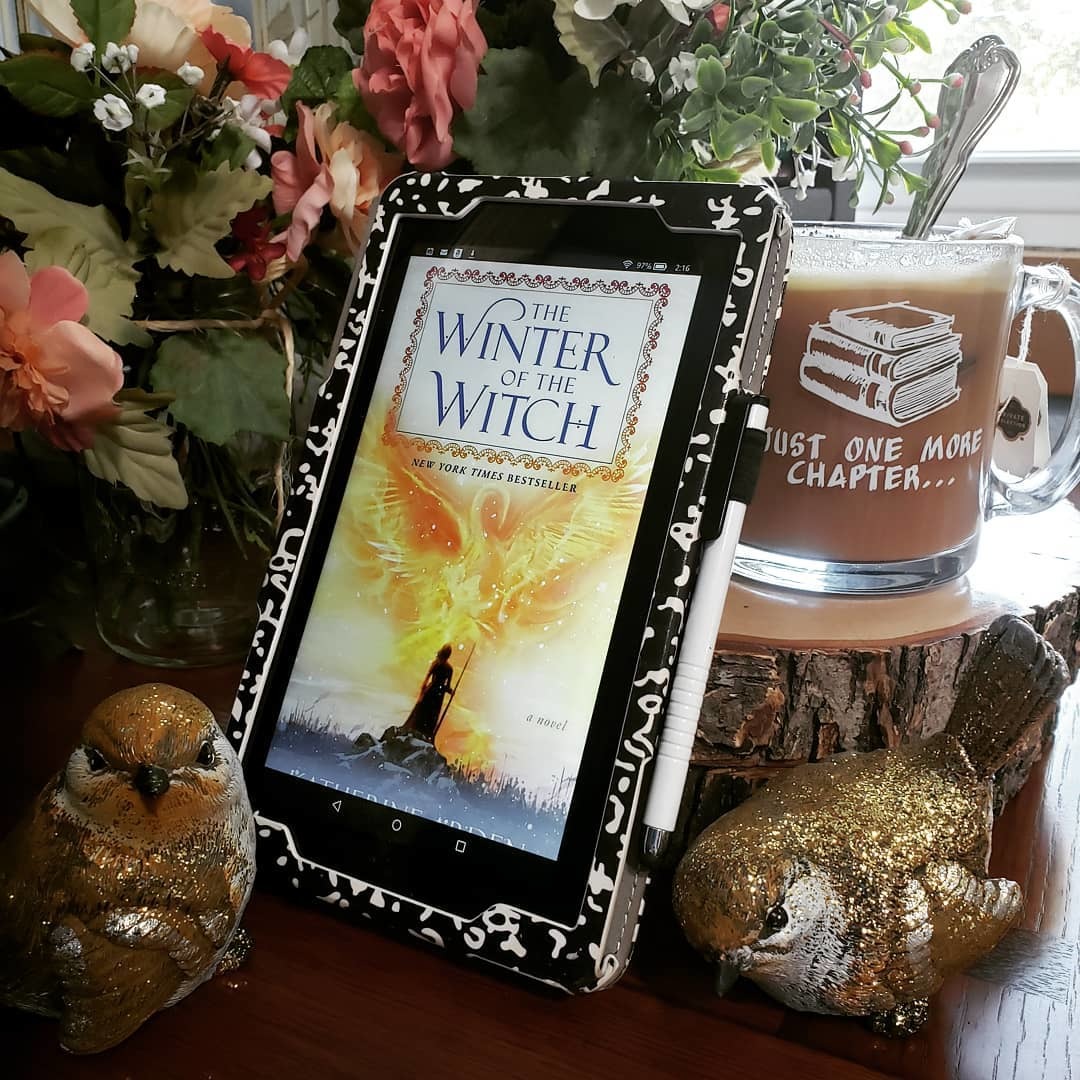 She bent forward to breathe into his ear: “Never give me orders.”

“Command me, then,” he whispered back. The words went through her like wine.

Moscow is beset with danger and Vasya has only made it worse.

Her betrayal of the crown prince is still rocking the country, and there are many waiting in the wings to take advantage.

And yet, in many ways, her life has become so much morethan what it was.

“I am a witch,” said Vasya. Blood was running down her hand now, spoiling her grip. “I have plucked snowdrops at Midwinter, died at my own choosing, and wept for a nightingale. Now I am beyond prophecy.”

The Grand Prince – through his rage – has been manipulated onto a path that surely would bring the end to an era.

A demon who delights in chaos has set his sights on Vasya’s beloved Moscow.

Magic makes men mad. They forget what is real because too much is possible.

A priest whose beautiful exterior hides a rotten core has almost completed his vendetta against Vasya.

And Vasya – the obstinate headstrong girl – must balance the two worlds.

The Modern Era and the Old World are crashing into each other and it appears as if only one will survive.

Will Vasya save her human family or the wondrous (and terrifying) Russian spirits? Will she even be able to save herself?

A truly satisfying end to a splendid series.

I am just in love with the beauty of this series. So many times I would reread passages to experience the joy, excitement and wonder.

I especially loved Vasya’s development throughout the series. Maybe it’s just me, but I’ve gotten used to the “YA-heroine development” aka we start off meek and mild…then 2.5 chapters later the main character becomes a complete badass.

I loved how Vasya has always had that underlying spunk, but that has changed from a little spark to an inferno to a comfortable fireplace.

The way her character changed throughout the books was so well done – I cannot remember when the changes happened, only that the girl we started the series with is certainly not the same one we have at the end.

Also, as a side note, I am really feeling the magic in the series. It has an ethereal quality to it that I really can’t put my finger on.

Magic is forgetting the world was ever other than as you willed it.

I like how the magic system was never completely laid out – it’s mysterious and unpredictable – and it worked perfectly in Arden’s world.

I loved all of the little spirits – especially the ornery little mushroom spirit Vasya befriends.

The mushroom-spirit was suddenly fierce. “He is not to kick over any of my mushrooms.”

“That depends,” said the Bear pointedly. “If my brave mistress does not give me something better to do than run to and fro in the dark, I will happily kick over all your mushrooms.”

And the plot! It’s hard to explain the feeling I get when I read one of these books but the best way I could describe it is…this is a not a story but a journey.

Interested in this one from Katherine Arden? Buy it here:  Amazon

One thought on “The Winter of the Witch – Katherine Arden”