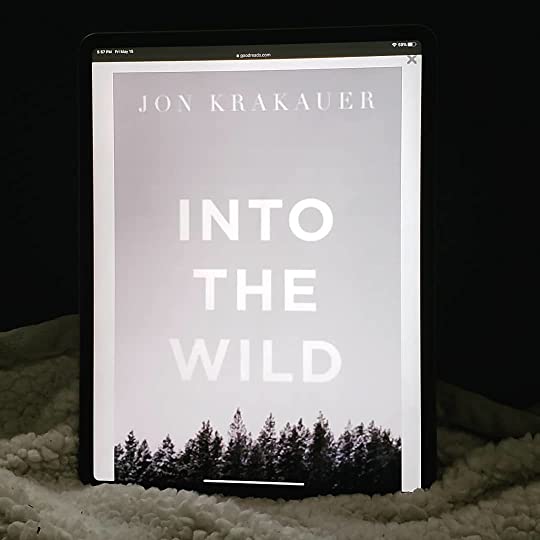 The very basic core of a man’s living spirit is his passion for adventure.

He gave away his savings ($25,000) to charity, got rid of all his material possessions, burned his remaining money and just left.

Don’t settle down and sit in one place. Move around, be nomadic, make each day a new horizon.

He didn’t tell anyone where he was going, what he was doing – just up and left, leaving a stunned sister and confused family behind.

Like his favorite heroes, he set off for an adventure. Eventually he left behind his car in the Mojave Desert and lived under an assumed name, Alexander Supertramp.

It’s not always necessary to be strong, but to feel strong.

He kept his journals with him, he worked when hungry and slowly, but surely, made his way to the Alaskan wilderness.

Along the way he met many a wonderful person – of which he touched their lives and even months later, they remembered and knew of him.

“Happiness [is] only real when shared”

But, what’s shocking most of all is how he was found.

His story has captured the hearts and minds of millions, he is gone but he will be remembered.

When you forgive, you love. And when you love, God’s light shines upon you.

There’s a lot to unpack here.

I remember my mom telling me parts when I was a child, my teachers filling me in during history lessons and even friends talk about this unforgettable book.

So, when it became available at the library, I had to check it out.

I really didn’t know what to expect (and this certainly wasn’t what I thought I was going to read) and yet, it was perfect.

This was told through a third party – someone who read about McCandless’s story back when it was a minor blurb in a newspaper and was curious where it began.

So, the author picked up the thread and followed it – eventually reconstructing the year before McCandless’s death and the reason behind him leaving everything behind.

This book was so well-written.

It completely encapsulated this young man’s life and death. This is one of those books that once you finish it, you are spoiled for everything else for a long, long time.

Sometimes he tried too hard to make sense of the world, to figure out why people were bad to each other so often.

Interested in this one from Jon Krakauer? Buy it here:  Amazon