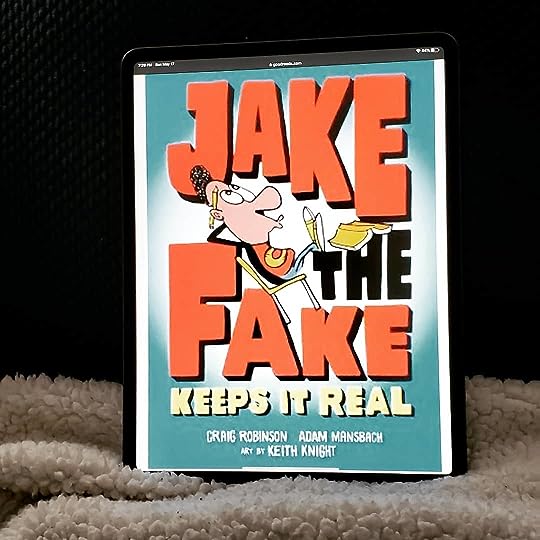 Well, my plan of hoping that summer would never end and school would never start has failed.

Jake just got into the Music and Art Academy for the gifted and talented, and his parents are overjoyed.

Now he’s afraid that everyone will figure out his secret (that the amazing piano song he auditioned with is actually the only song he knows).

His older sister also goes to the school…though she isn’t as much help as he had hoped.

The problem is, I can never tell if she’s serious or messing with me.

At any rate, Jake is already in too deep. He’ll just have to go to the school anyway and fake it until he makes it!

This one ended up being a cute, quick story.

I liked it more than I thought I would!

I quite liked all the craziness associated with the artsy school – it was one wild antic after another and I was thoroughly entertained throughout!

Jake was a delightful main character and his take on the world was really funny. It was a really short book but Jake developed really well over those pages.

The illustrations really lifted this book to another level. They were super cute and really made it a lot of fun!

I quite enjoyed the overall book

Interested in this one from Craig Robinson and  Adam Mansbach? Buy it here:  Amazon

One thought on “Jake the Fake Keeps It Real – Craig Robinson”