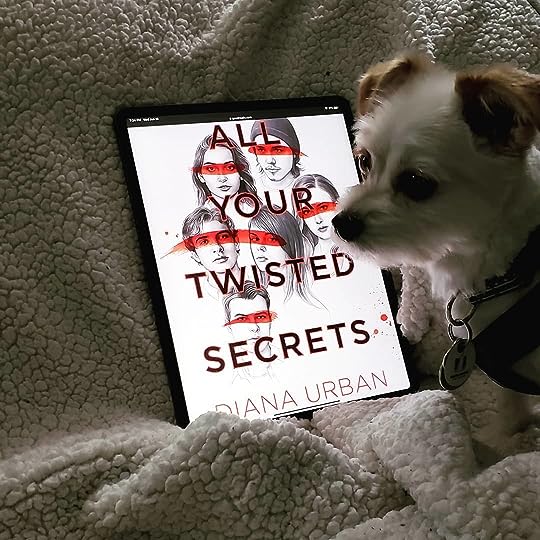 Congratulations! It is our pleasure to inform you that you have been selected as a recipient…

Amber Prescott – musical genius – along with a few “friends” were invited to a scholarship dinner with the Mayor.

Only when they arrived, the reception they expected was far less than welcoming.

Stuck in the room with five others, Amber quickly realized they’re locked in the room.

There’s a single note – explaining that one of them must die in order for the rest of them to leave this room.

And there’s a syringe full of poison strong enough to kill them all with a single drop.

Who will it be?

Stoner? Loser? Miss Popularity? The star athlete? The questions are endless…time on the other hand…is not.

I spent the last hour wondering if I would die tonight.

This book came out of the gate swinging.

Punch-after-punch with the way the six students were stuck in the building, the pressure from the decision-making and the steadily increasing tension all wowed me.

But considering that the “present” of this book was an hour-long event, much of the page space was devoted to flashbacks to round out the world and the character’s reasoning. That started to take some of the momentum away.

And, there’s only so many times you can swap who you want to kill before it gets a little samey.

However, the ending RAMPED back up once the decision was made and the after events were equally wild.

The main thing that kept it from being any higher was that the VERY end of the book was a bit of a downer. I wanted that high-energy-did-they-really-get-away-with-all-that sort of feel and the direction the book took just felt too logical or realistic to truly be satisfying to me.

Interested in this one from Diana Urban? Buy it here:  Amazon