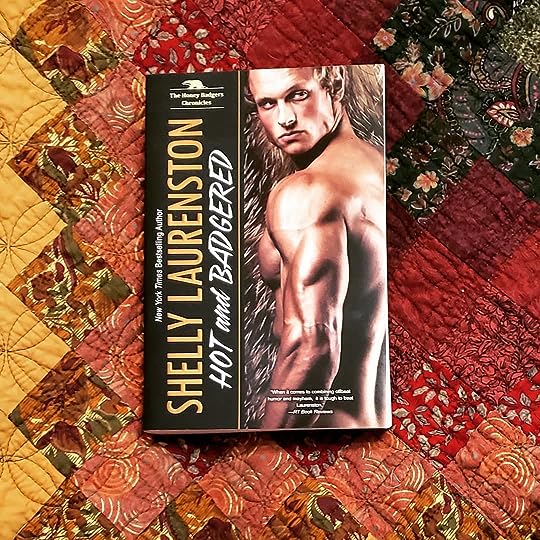 To put it frank, Charlie has had a bad day.

First, she had to break her sister out of a mental health facility. Then she had to run from some REALLLY weird army-guys. And then she broke into a hotel room, stole a gun off of a bear-shifter and had to keep running without even saying goodbye.

And that’s all cause her good-for-nothing-father is trying to get the family killed. Again.

Charlie, and her two sisters Stevie and Max are all hybrid-shifters (their dad is a honey badger but each of their moms were a different type of shifter).

Their odd combination of genes and various quirks of their shifter-selves has caused the girls to rely only on each other for their entire lives.

When their father falls into the wrong crowd (again) – for the first time, the girls are going to have to look outside of their protective bubble and let people help them for once.

One thing’s for certain, they don’t know exactly what her father is up to but they sure has heck know it’ll get him killed. (Unless they kill him first).

This book was a WILD ride.

The world definitely felt a lot more fleshed out than a typical first book in a series, and when I looked it up, I was right.

Even though this is the first book in the series, it’s also the 13th in Smith’s Shifter World (which I haven’t read).

Normally I’m really hesitant to pick up such a late book in a series but I would say that it ended up working really well. There was definitely enough context given so that I could follow along and enjoy the story.

Between the shifters and wild fighting and the familial bickering, it felt like this book was just crammed full of events. And it worked surprisingly well!

It was a lot of fun to watch the siblings get into crazier and crazier situations – and how they’d resolve most anything through copious threats of violence.

The quick pacing ensured that I NEVER got bored and that there was always something (plot, sub-plot or sub-sub-plot) pulling my attention this way and that.

All in all, I cannot WAIT to pick up the next one.

With thanks to Kensington Books for sending this one my way