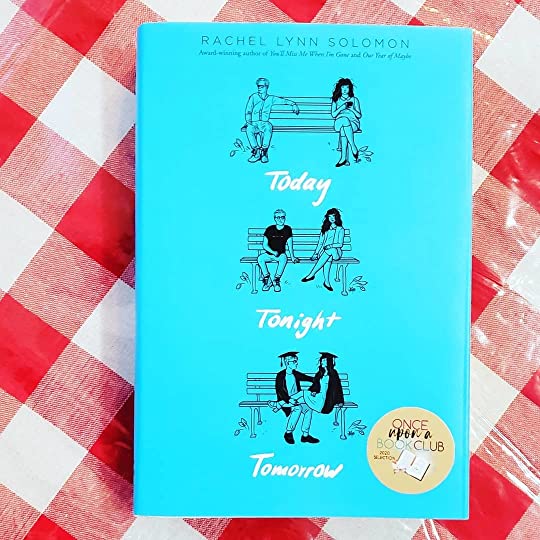 Unless you’ve been under a rock for the last four years, everyone knows Rowan and Neil hate each other.

It all started with a clash in class, then spiraled into student council elections and next thing you know, anything thing that could be construed as a competition because a life-or-death battle for Rowan and Neil.

When Neil is named valedictorian, Rowan finds herself filled with…emptiness.

Four years of fighting tooth-and-nail and it’s all over? Just like that?

Luckily there’s one last time she’d be able to beat him – the Howl. A city-wide scavenger-hunt-ninja-assassination game that all the seniors get to play upon graduation.

And this time? She’s not going to lose.

But when an unexpected alliance is formed, Rowan begins to wonder what (or who) she’s truly afraid to lose.

Could there be more to their push-and-pull?

Overall, I thought this one was surprisingly cute.

I don’t usually go for contemporaries but this one ended up working for me.

I thought I was going to have issues with Rowan and Neil with the way they were constantly at each other’s throats but it ended up working pretty well in the book – a bit leaning towards banter opposed to straight-up arguing.

I thought the plot was fun and fast-paced.

And while I kind of kept thinking of all the reasons this would definitely NOT be allowed in modern era, it was enjoyable to watch them run across town and strategize against their “enemies”.

I do wish the book had covered a bit more time (opposed to just the one day) but ah well.