Prior to their lives as internetainers, Rhett and Link lived in Buies Creek, North Carolina. They became best friends in first grade and that friendship has lasted for nearly four decades.

During his teen years, Rhett and Link dabbled in film making by writing and producing Gutless Wonders and shooting a few other fun films. The duo were also in a punk rock band (The Wax Paper Dogz) but that (and their bleach-blond hairstyles) was mercifully short lived.

Rhett roomed with Link during college at NC State while working towards his degree in civil engineering. However, after graduation and entering the work force (at Black & Veatch), Rhett (and Link) felt that something was missing.

Soon after, their idea for a YouTube channel sparked and they left their respective engineering jobs to pursue internetaining full time.

Their channel and creative focus went through several iterations before becoming a daily morning show, Good Mythical Morning, which as of October 2019 has 2,328 videos, 15.8 million subscribers, and 5,793,556,119  total views.

In October 2017, the duo published Rhett & Link’s Book of Mythicality: A Field Guide to Curiosity, Creativity and Tomfoolery, which focused on life advice, their shared history and a whole lot of fun. Their book was a huge hit among fans (myself included) and sparked much speculation whether Rhett and Link would publish again.

Much to many (many) fans’ delight, Rhett and Link are set to publish their second book – The Lost Causes of Bleak Creek – based loosely on their childhood. This young adult book follows the lives of “Rex” and “Leif” as they discover something sinister lurking just below their idyllic town’s surface. The book will be coming out on October 29th and is available for pre-order!

I’ve read and reviewed both of their books and loved them! The Book of Mythicality was so much fun to explore as a long-time fan and Bleak Creek – wow. It had just the right mixture of horror and humor!

I was absolutely thrilled when Rhett agreed to be interviewed and whew, I had a tough time narrowing down all of the questions I wanted to ask him! (Tune in next week for Link Neal’s interview!)

Without further ado, here’s Seven Questions on a Saturday with Rhett McLaughlin!

1)  What does a typical day of writing look like for you? 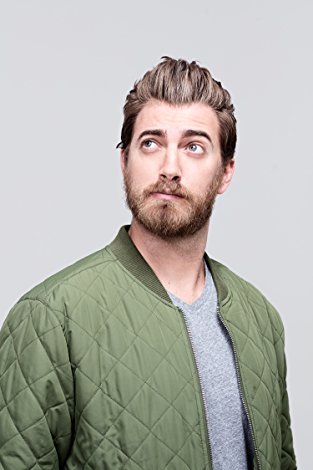 Given that I’m not a full time author, even when we’re in the midst of writing a book, there are very few days where all I do is write. It’s often finding time in the gaps in my schedule to sit down for a few hours—wherever I happen to be—and getting some writing done. However, I was blessed with a few days where my only responsibility was writing, and those were incredible. Those days made me envious of full time novelists. I have a few places for full writing days which I’ll keep to myself, but my preference is to be outside if at all possible, and Southern California makes that an option most days. Unlike a lot of writers, I like to at least have the option to get online while writing. Not just for the thesaurus, but because I often have ideas that require a quick bit of research or reading to bring to life. It can be a distraction, but when I remain disciplined and don’t let myself begin checking email or watching YouTube videos, the Internet is largely an asset to the writing process.

2) In The Lost Causes of Bleak Creek (release date – October 29th, 2019), Rex and Leif (best friends) have heard mysterious (and malevolent) rumors surrounding the local reform school all their lives. As they investigate, their world gets stranger and stranger. When looking back, what was your favorite scene? Was there any aspect of the book that was particularly challenging to write?

My favorite scene is Rex and Leif’s first trip to the Tree. Bringing those aspects of our shared history (the river, the Rocks, and the Tree) to life was my favorite part of writing in general, and being able to take that setting and bring in the fictional elements of our story was so satisfying.

We were told by many people that ending the book would be the toughest part, and I think we had a secret hope that we could avoid that common struggle because we had done the job of outlining the entire book much like a screenplay. But alas, when we neared the end, we saw a number of problems in the specifics of the way our story wrapped up. We worked and reworked that ending several times. The most challenging aspect was the way the perspectives of so many characters come together in the third act. That’s always a challenge. But, we think we landed in a place that delivers on the plot as well as the many character arcs in play.

3) What unique situations did you run into when writing with another author? For clarification: What is your buddy-writing process like?

Link does a good job of explaining the writing process in his answer [Check out Link’s interview next week!]. Suffice it say, our approach was far from straightforward. Our goal in everything we do is arrive at the most compelling final product, and that means an intensely collaborative process that sort of refines itself as we move forward. Of course, every step of it was pretty new to us, seeing as this book was a lot different than our first book, which was non-fiction and more modular in its assembly.

4) According to your YouTube show (Good Mythical Morning), The Lost Causes of Bleak Creek, was heavily influenced by your childhood in Buies Creek, North Carolina. Do you have any examples of real-life events that made it into the book?

As I mentioned earlier, things like the Rocks and the Tree were pulled directly from our own experience, and that’s the case for so much of the setting throughout the book. However, most everything that actually unfolds plot-wise is a complete invention. However, I can think of one example of a conversation that we’ve had multiple times in real-life, as well as in a YouTube video from 2011, about trail mix. I have a fundamental problem with the way Link eats trail mix, which involves picking out only the things he likes, which throws off the ratio of ingredients for anyone else enjoying the trail mix. We thought it would be hilarious to have Rex and Leif have this argument in the middle of a pretty tense situation.

5) Often families are the very first audience for writers – whether it be bouncing ideas or trying out tricky passages before the manuscript reaches the editor’s hands. Is that something you find true for your writing process?

I trust my wife’s opinion for just about everything. She’s incredibly smart and has great 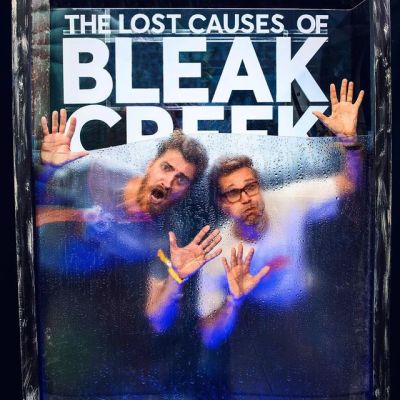 creative instincts. She was one of the first to read a rough draft. Of course, I’d been bouncing ideas off of her for months before that, so she was very familiar with the story, but having her read the entire rough draft and give her feedback was integral to the final product. Her specific recurring note was that we had gotten too explanatory in a number of places, and that we should lighten up a little bit and let the reader make connections for themselves. I think that improved the final product significantly.

Additionally, we were excited when Link’s daughter Lilly, a YA fan, gave us her ringing endorsement of the first draft. Also, Link’s cousin, Britton, the biggest horror nerd either of us knows, was helpful in his feedback. Of course, he wanted it to be even darker. Considering that we’d gotten some feedback that we may have gone a little too dark in a few places, we figured we were landing in a good place.

6) Without giving away the ending, The Lost Causes of Bleak Creek, finishes on quite the cliffhanger – are you and Link considering a sequel in the near future? Can you tell us if there are any other literary projects on the table?

There is so much more to tell about Rex and Leif’s adventures in Bleak Creek. We could only be so lucky as to continue writing about them. Given that’s the way we feel, we figured the best way to make that happen was to indicate that that is exactly our plan with an ending that shouts it loud and clear. We’re ready to dive even deeper into Bleak Creek Spring, so long as people ask for it!

The entire time we were writing the book, we were picturing the final product on the screen. It’s just the way we think. We would love to see it come to life visually. As for who would play the roles, that’s a tough question. I’m not familiar enough with 14 year old actors to take a stab at that.

I don’t have a favorite color, but if pressed, I’d say gray.

Interested in connecting with Rhett McLaughlin on social media? Check out his:

5 thoughts on “Seven Questions on a Saturday – Rhett McLaughlin”